YELLOWSTONE volcano has the potential to produce cataclysmic destruction across the US. So, could another California earthquake trigger an eruption at Yellowstone? 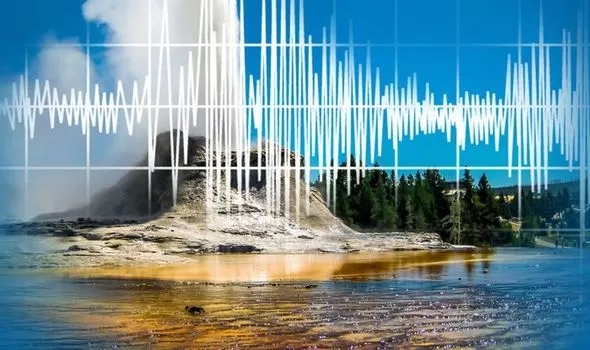 Yellowstone volcano: The probability of it happening in the next 1,000 years is “exceedingly low”

A magnitude 6.4 earthquake rattled the nerves of Southern California residents yesterday, with the quake’s epicentre only 115 miles (182km) northeast of Los Angeles. Although relatively benign, the California earthquake revived concerns the area surrounding the notorious San Andreas fault line is due another Big One – a magnitude 8 or higher quake. This thought has also led some to wonder whether another, more powerful, California earthquake could to trigger another Yellowstone supervolcano eruption. Ben Edwards, a law professor at Universit of Las Vegas, tweeted: “I had a flash of terror that maybe Yellowstone had actually gone off and I’d need to strike out in some direction to try to escape the ash cloud.”

Could another California earthquake trigger a Yellowstone volcanic eruption?

While an eruption at Yellowstone in the distant future is possible, the probability of it happening in the next few thousand years is “exceedingly low,” according to the US Geological Survey (USGS).

The magma lurking in Yellowstone’s shallow reserve is between just five and 15 percent molten.

And an eruption usually requires at least 50 percent to gel in this gooey molten state.

More likely than such an explosion is a lava flow – a spurt of slowly oozing molten rock. 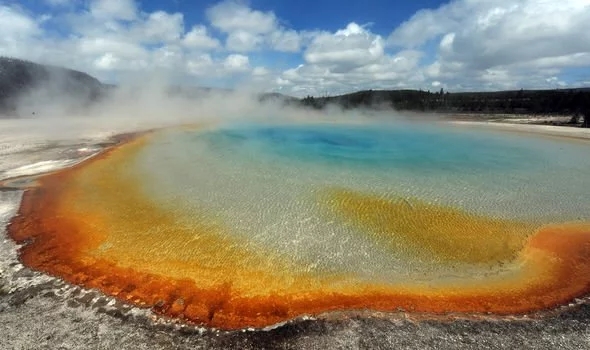 Although a lava flow can pose hazards for communities that lie in its path or spectators attempting to approach close enough to roast a marshmallow, those dangers are much easier to predict and avoid.

However, there are rare historic precedents for magnitude 6 or greater earthquakes with linked to a subsequent eruption or at a nearby volcano.

The exact triggering mechanism for these historic examples is not well understood, but the volcanic activity probably occurs in response to severe ground shaking caused by the earthquake or a change to the pressure in the Earth’s crust.

It was centred about 17 miles (28km) southeast of Kilauea Volcano, which proceeded to erupt.

A volcano such as Yellowstone is considered “super” if an explosion has ever released more than 240 cubic miles of material.

Little in reality is really understand about supervolcano triggers.

This is true, thankfully, because no supervolcano has ever been active enough to study in detail.

USGS studies have estimated an eruption of the Yellowstone supervolcano might be 1,000 times more powerful than the 1980 Mount St Helen eruption, which spewed a combination of magma, vapour, rocks and gases into the air. 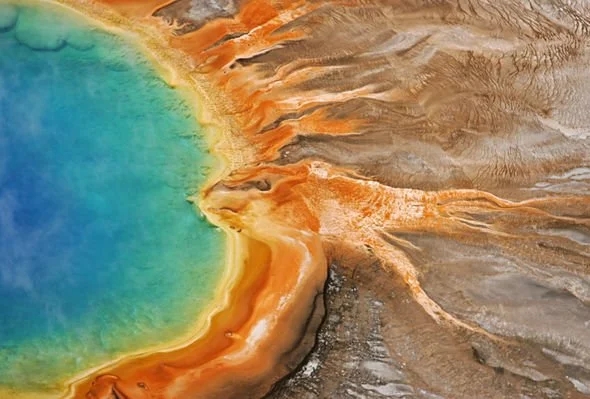 Yellowstone volcano: An eruption at Yellowstone in the distant future is possible 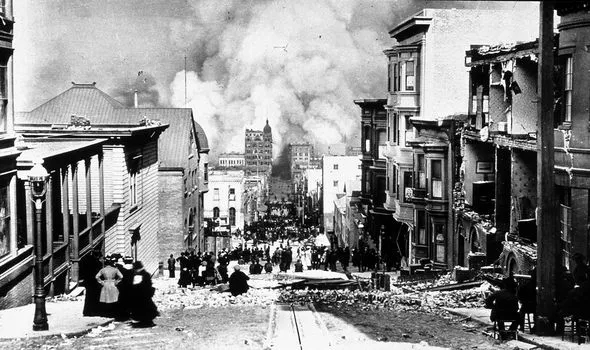 Yellowstone volcano: Another California earthquake trigger will not trigger a Yellowstone eruption