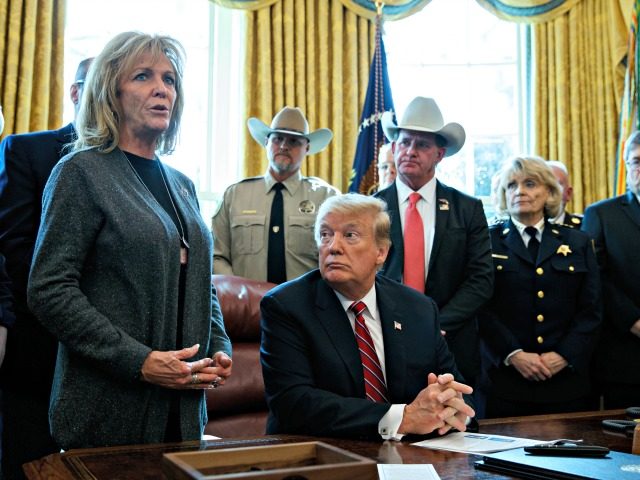 Angel Mom Mary Ann Mendoza, who heads the Angel Families organization, has been suspended from Twitter after posting about illegal immigration and raising awareness about the harms of sanctuary city policies.

Angel Mom Mendoza’s son, 32-year-old police officer Brandon Mendoza, was killed in May 2014 by a drunk illegal alien who was driving the wrong way down a highway in Mesa, Arizona.

This week, Mendoza was suspended from her Twitter account and told she would not be able to sign back in unless she deletes a series of posts about crimes committed by illegal aliens and the impact of sanctuary city policies on American citizens.

Mendoza told Breitbart News that Twitter sent her a message claiming that some of her posts “go against” Twitter’s “standards on hate speech.” In order to sign back into her account, Mendoza said, Twitter has mandated that she delete the posts — something she said she will not do. 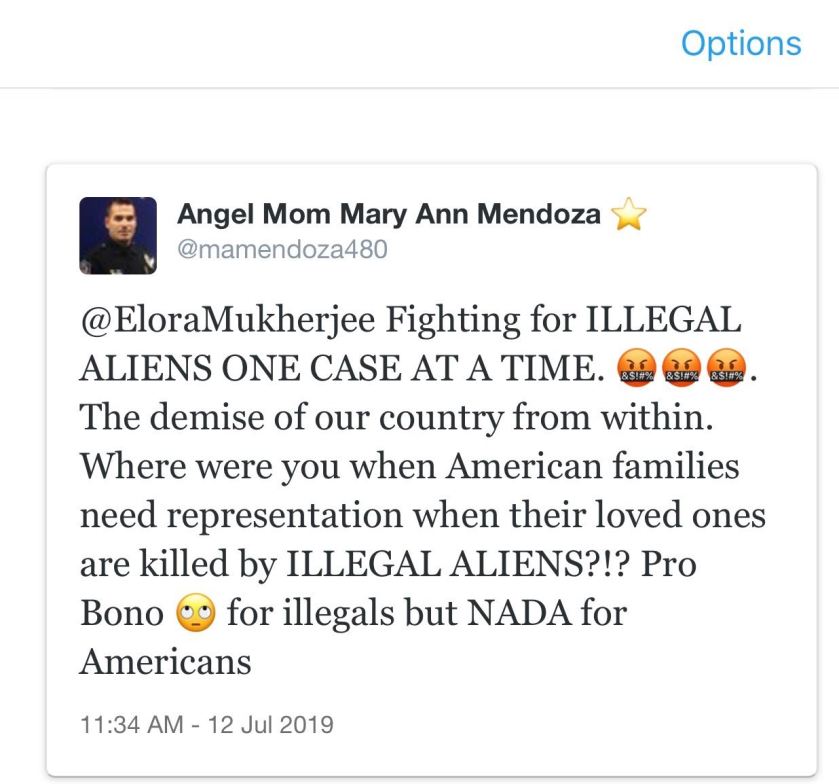 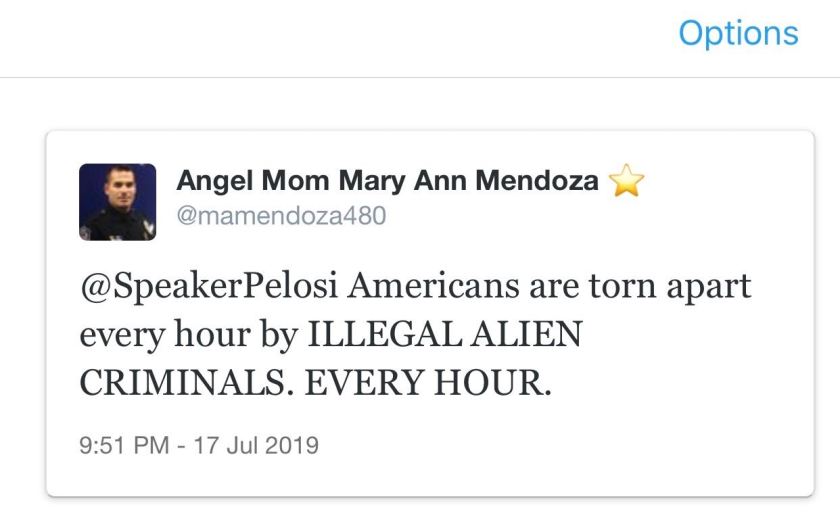 “I’m disgusted and disappointed that Twitter is trying to silence me,” Mendoza told Breitbart News. “I had my world ripped out from under me the day my son was killed by a repeat illegal alien criminal. I am the ‘other’ side of this crisis and the end result of open borders and the careless release of illegal aliens at our borders because of time restraints.”

Mendoza said despite the Twitter suspension, her voice will not be silenced.

“I will not be silenced in my warning calls of what could happen to any American citizen in the blink of an eye as it did to me,” Mendoza said. “As an American citizen whose beautiful son was collateral damage to the ineptness if our elected officials, I will continue to bring my words to them in whatever platform I can. They owe it to me and every other Angel Family to have a hearing for our voices. Their fellow American citizens and our loved ones killed by their inactions. My voice is my son’s voice, never to be silenced by anyone.”

A Twitter spokesperson did not explain why Mendoza was suspended but only that they were requiring her to delete her posts.

Will we be next?

A big red alarm to those who value the freedom of speech.

Even if you do not agree with Alex Jones, you can speak out and support him in this battle of censorship against Group Think and Tyranny. read the rest at GrrrGraphics

Are we next to be kicked off?

Last week, Sacramento police officers illegally entered Stephon Clarke’s backyard – and shot him down in cold blood. Since the shooting, where NO OFFICER WAS PUNISHED, the entire city has been on edge.

But since the shooting, people have been wondering about Stephon’s political views and beliefs. Well, MTO News EXCLUSIVELY obtained old tweets from Stephon – that show his feelings towards Black women, and the Black Lives Matter Movement.

Clarke has just been laid to rest. At his funeral, Rev. Al Sharpton called out the gunning down of this young, unarmed Black man, saying:

“This is not a local matter! They have been killing young black men all over the country, and we are here to say that we are going to stand with Stephon Clark and his family […] We are going to make Donald Trump and the whole world deal with the issue of police conduct!”

His mother Cecile Thompsom also spoke at the funeral saying:

“No mother should have to go through this and lose their children this type of way… This is horrific, this is violence, and all mothers need to get up and stand for peace and love because our children should not be dying like this.”

Here are some of Stephon’s tweets regarding Black women. He could well have been trolling. People on social media often post things for the shock factor: 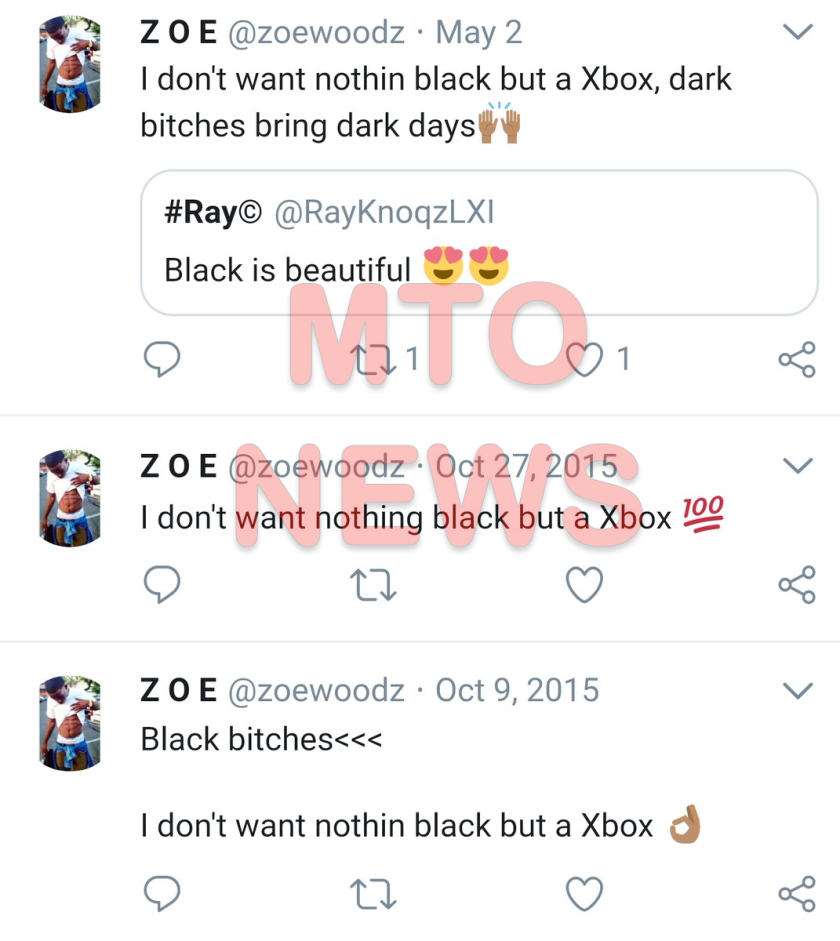 Here are his tweets about Black Lives Matter (Stephon didn’t believe in it, since his son is half-Asian)

Here’s Stephon’s babys mother talking about the complexion of their son: 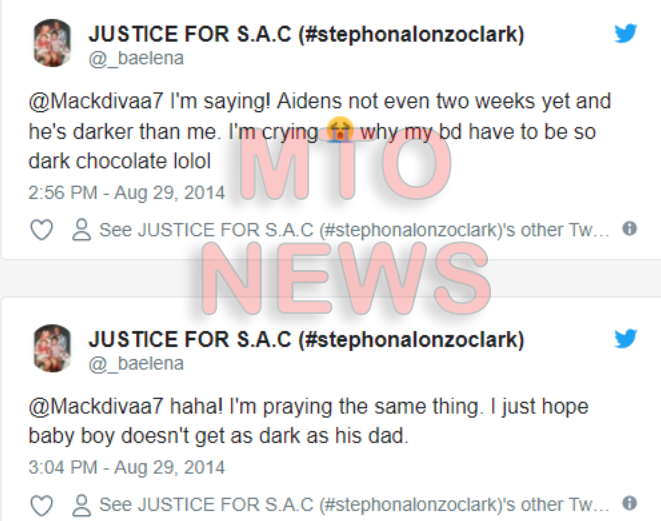