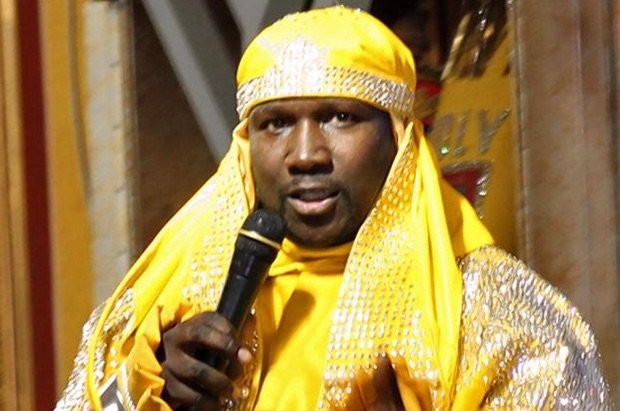 A Mercedes-Benz van, trips to Disneyland and private school tuition were just some of the gifts Jermaine Grant lavished on his family — all ostensibly paid for with income from his entertainment company.

In reality, the U.S. Attorney’s Office has alleged, all were ill-gotten gains of a scheme by Grant, 43, and Lincoln Warrington, 48, to siphon millions from the Israelite Church of God in Jesus Christ. The New York-based religious organization is part of the Black Hebrew Israelite movement, which believes black people are among the lost tribes of Israel.

Grant, who has led the organization under the name “Chief High Priest Tazadaqyah,” has preached that a black Jesus will return to earth to enslave and kill white people. The Southern Poverty Law Center has previously cited his comments in classifying the church as a black nationalist hate group.

Both men were arrested Wednesday on a grand jury indictment charging them with conspiring to defraud the United States, and Grant with an additional five counts of personal income tax evasion.

While leading the church between 2007 and 2016, prosecutors allege, Grant and Warrington, a Teaneck resident and treasurer for the church, used Black Icon Entertainment — a phony company reliant almost entirely on church funds — to siphon off more than $2.4 million from the organization.

Grant, of Burlington Township, himself spent another $2.9 million of church funds on personal expenses that included the van, trips and school tuition, in addition to luxury items, real estate and a chauffeured luxury car service to take his kids to school, prosecutors said. The U.S. Attorney’s Office said none of the $5.3 million of income was reported by either man to the IRS.

The arrests come almost two years after DNAinfo reported FBI agents had raided the group’s headquarters in Harlem as part of an investigation into its bookkeeping.

The church and Grant made headlines five years ago when they filed a lawsuit against a Connecticut toy company, claiming action figures of Grant the church had ordered were made with pointed features and lightened skin.

Grant and Warrington were expected to make their initial appearances in U.S. District Court Wednesday afternoon in Newark.

Grant’s attorney, Gerald Lefcourt, did not immediately respond to a request for comment.