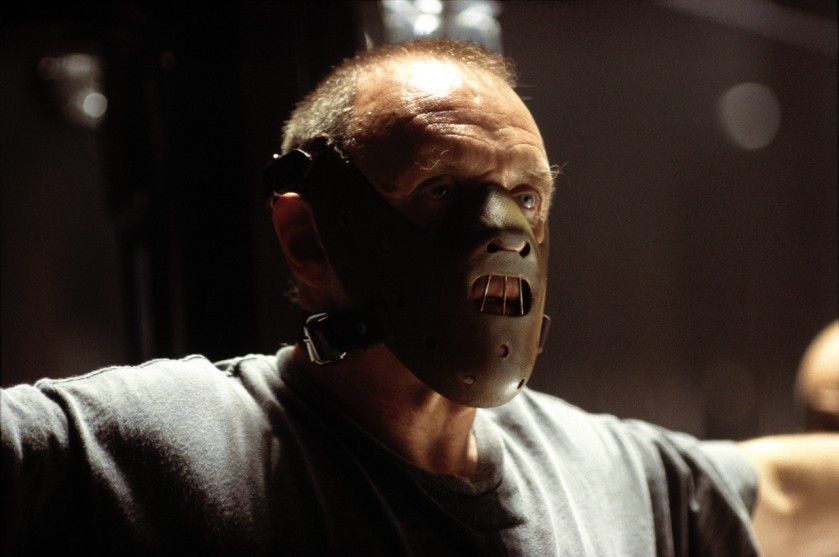 The texture was good, it looked tasty, there was a nice hint of spice and if Gwen van der Zwan hadn’t have spent all day cooking it, she’d probably never have guessed that the sausage she was eating had been made from human blood.

She’d invited one of her friends over to try the meaty dish as well, and served it up at a candlelit table with a side salad and a gourmet-style bloody drizzle. They both agreed: too much soy sauce, but otherwise delicious.

In July, van der Zwan, from the Netherlands, tried cannibalism for the first time.

However, she’s no Hannibal Lecter and no humans were hurt in the making of her dinner.

Instead, she made the meal from her own blood — which she had painstakingly drained into a medical bag — after becoming fascinated with the idea of trying a human sausage.

“Why is my idea considered disgusting, but doing the same thing with pigs’ blood isn’t?” she asked at the time.

’37-year-old male seeks cute piece of meat’
Although she’s rare in acting publicly on her unusual tastes, van der Zwan is far from the only one to be fascinated by cannibalism.

Dating-style fetish sites match up those desperate for human flesh with those who want nothing more than to be eaten alive themselves.

Another says: “I’m a thirty-something man looking for a female so we can sample each other’s flesh. Cut together, cook together and eat together. Non-lethal cuts so we can enjoy eating one another.”

Would-be victims refer to themselves as “longpigs” — a term meaning human flesh which was used by man-eating Pacific Islanders who thought people tasted like pork.

But why would anyone want to eat, or be eaten by, someone else?

Experts say that cannibalism is largely to do with power — breaking the “ultimate taboo” leaves man-eaters feeling euphoric.

Therapist Karen Hylen has even suggested that cannibalism can become addictive for a small number of people with psychopathic tendencies, comparing the act of eating someone to a cocaine high.

On Reddit, a growing number of posters chat openly about their fascination with cannibalism, although comments seem to often be driven more by a morbid curiosity than anything else.

He told The Sun: “We think cannibalism is revolting because that’s what our culture dictates.”

“Other cultures that didn’t get that memo have had very different attitudes toward cannibalism.”

“For example, in the mid-20th century, the Wari people of Brazil were apparently just as upset to find that Western anthropologists buried their dead as the anthropologists were aghast to learn that the Wari ate their loved ones after they died.”

The man who served his friends foot tacos 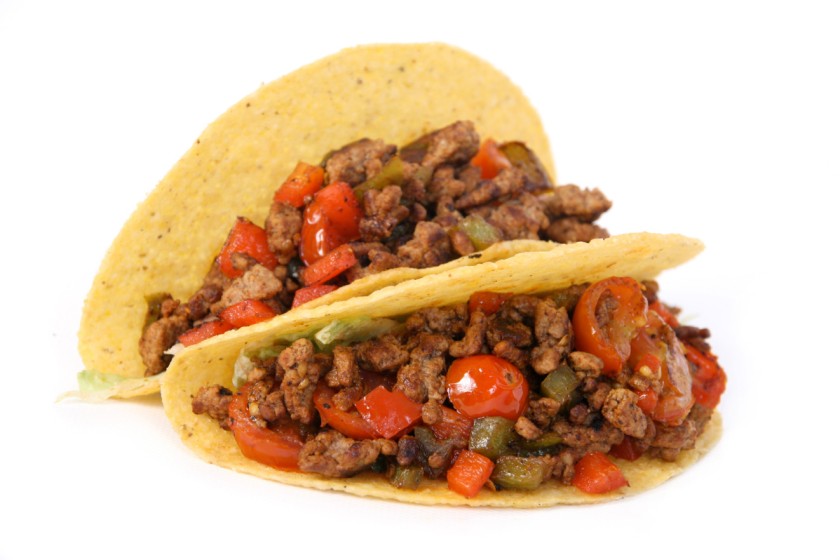 In June, a 38-year-old man took to Reddit to share the story (verified by Vice) of a dinner party where his friends ate a meal made from his amputated foot.

After a motorbike accident in 2016, he had the smashed limb cut off and doctors let him keep it.

Then, three weeks later, he threw a brunch for 10 willing friends where the main course was tacos made from the flesh which had been amputated.

The anonymous man posted photos of the dish and explained how he kept his mangled foot in the freezer until it was time to cook it.

Then he cut out a chunk of flesh, marinated it overnight and sauteed it with onions, peppers and lime juice.

Posting on Reddit, he says: “I taste like buffalo. But chewier. Super beefy and a little fat. We weren’t looking to go all Hannibal and get gourmet — just to make it so no one gagged.”

“My friends and I always had this joke,” he adds. “If you could try human flesh in an ethical and healthy way, would you? And we always said of course. Well, the opportunity came up and I called them on it.

“It was a neat experience, and I wouldn’t change it.”

‘What would my mom think of my blood sausage?’ 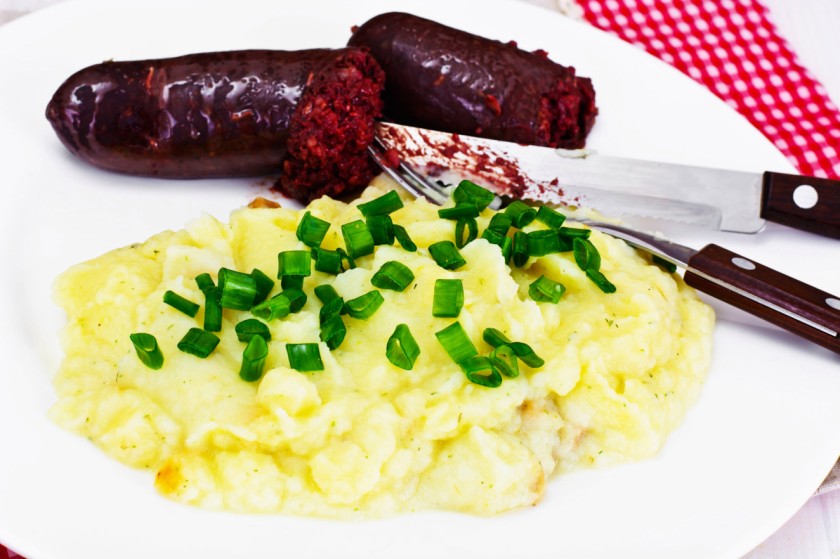 In van der Zwan’s case, it all started because she had been thinking about how her friends would react if she really made a dish from her own bodily fluid. So last month she got online and ordered a set of needles and a blood bag.

A couple of days and a few YouTube tutorials later, she punctured the skin on the inside of her elbow and started filling a bag with half a quart of her blood.

Listening to the sounds of blood splashing into the bag, van der Zwan wondered: “What would my mom think if she saw me sitting in my living room like this?”

Then, with the help of a close, not-too-squeamish friend, van der Zwan mixed lentils, tomato puree, soy sauce and herbs into a filling and sloshed in almost the entire bag of blood.

“The kitchen looked like a slaughterhouse,” she jokes in a Munchies article.

Amazingly, many of van der Zwan’s friends were eager to try her creation, which she served up, MasterChef style, on white plates with a bloody jus.

“We cut happily into the sausages and chewed on them as if we were judges on a cooking show,” she writes.

“The texture was very good and the level of spiciness was perfect. Unfortunately, I went a bit heavy on the soy sauce, so the sausage is a bit salty. Not bad, though.”

The computer geek who ate a willing victim’s penis

However, not all would-be cannibals are so easily satisfied with just a bit of blood sausage.

An alarming number of online posts feature requests for victims willing to be eaten alive to satisfy cannibalistic sexual desires.

The forum which hosts hundreds of these posts is the evolution of Cannibal Cafe, a now-defunct website for cannibals seeking the same.

Supposedly, the message board is for fetishists who want to roleplay as man-eaters, but we know from a high-profile case on Cannibal Cafe that some users were deadly serious about eating someone they met online.

German IT technician Armin Meiwes was among the unknown number of legitimate cannibals lurking on the site.

In the most notorious case of cannibalism this century, he posted: “looking for a well-built 18 to 30-year-old to be slaughtered and then consumed.”

Bernd Jürgen Armando Brandes, an engineer from Berlin, answered his ad in March 2001, stating that he was willing to be killed and eaten.

A few days later, the pair met in Meiwes’ home in the small town of Rotenburg and filmed a video where Meiwes cut off and ate Brandes penis, with his consent.

As Brandes bled to death, Meiwes fried the penis in a pan with salt, pepper, wine and garlic.

He later stabbed his victim in the throat and hung his body on a meat hook.

Meiwes ate the remains over the following 10 months, hiding body parts in his freezer and eating up to 44 pounds of human flesh all for the supposed sexual pleasure of it.

The cannibal wasn’t arrested until 2002, when another ad he posted online was brought to the attention of the authorities.

Even though his victim had agreed to being killed and eaten, he was eventually convicted of murder and sentenced to life in prison.

Today, Meiwes is a vegetarian and says he regrets his crime, but he estimates that there could still be as many as 800 active cannibals in Germany alone.

As for the number of cannibals elsewhere, experts say it’s impossible to guess.

But new posts pop up on the cannibal forum every day, and based on the chatter online it seems like the appetite for these dark and unconventional tastes is only growing.