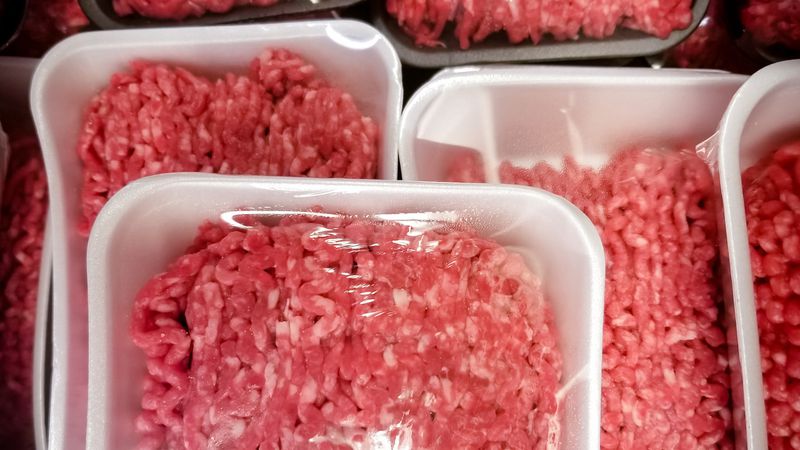 The CDC thinks a Salmonella outbreak could be linked to contaminated ground beef. (AHPhotoswpg / Getty Images/iStockphoto)

Health officials are warning about a salmonella outbreak they believe may be linked to ground beef.

One person has died and either others have been hospitalized, according to the federal Centers for Disease Control and Prevention.

Ten people in total have reported an infection across six states.

Contaminated ground beef is a “likely source” of the outbreak, the CDC said, but a single supplier has not yet been identified. Salmonella was positively identified in repackaged, leftover ground beef found at the home of a sick Californian.

Officials warned people not to eat raw or undercooked ground beef and to keep the raw meat from food that won’t be cooked before eating. You should also wash your hands with soap and water for 20 seconds after touching raw meat, as well as any countertops, cutting boards, plates and utensils used in food prep.

Symptoms of salmonella include diarrhea, fever, stomach cramps, nausea, vomiting and a headache. Symptoms usually appear between six hours and four days after infection and can last up to a week.

Anyone who experiences bloody stool, prolonged vomiting or dehydration is encouraged to call their doctor.