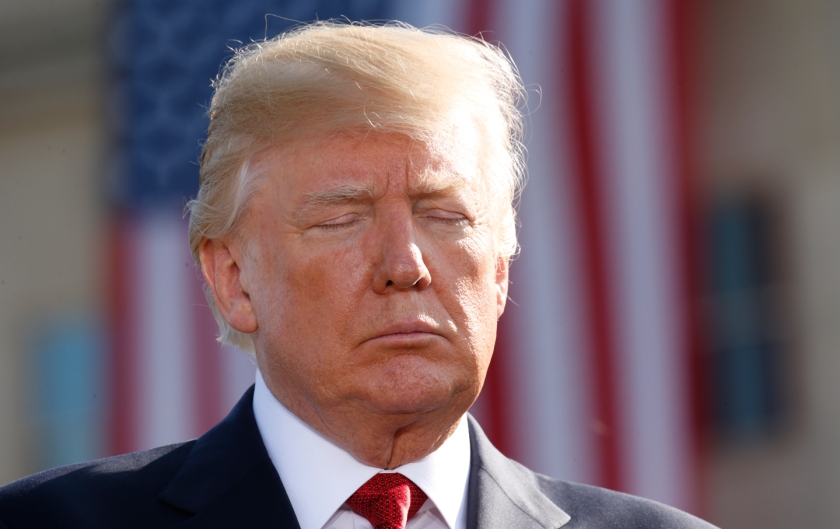 President Trump announced Friday evening that the U.S. has launched a military strike against Syria, in response to the chemical attacks carried out against civilians in Syria last weekend.

“My fellow Americans. A short time ago, I ordered the United States Arrmed Forces to launch from precision strikes on targets associated with the chemical weapons capabilities of Syrian dictator Bashar al-Assad. A combined operation with the armed force of France and the United Kingdom is now underway,” Trump said Friday at the White House.

The attack, which happened days ago, killed more than 40 people.

Earlier Friday, Sanders maintained that Trump believed Assad was behind the alleged chemical attack, but did not provide details on why Trump had stalled on reaching a decision on a potential airstrike after Trump announced on Monday a decision would be made “over the next 24-48 hours.”

Sanders said at the time that no decision concerning an attack had been made, but said that “we are continuing to have ongoing conversations with our partners and allies.”

Defense Secretary Jim Mattis said though that the U.S. did not have proof of a chemical attack on Thursday.

In response to an apparent chemical weapons attack on civilians in April 2017, Trump ordered a retaliatory missile strike on a Syrian air base.