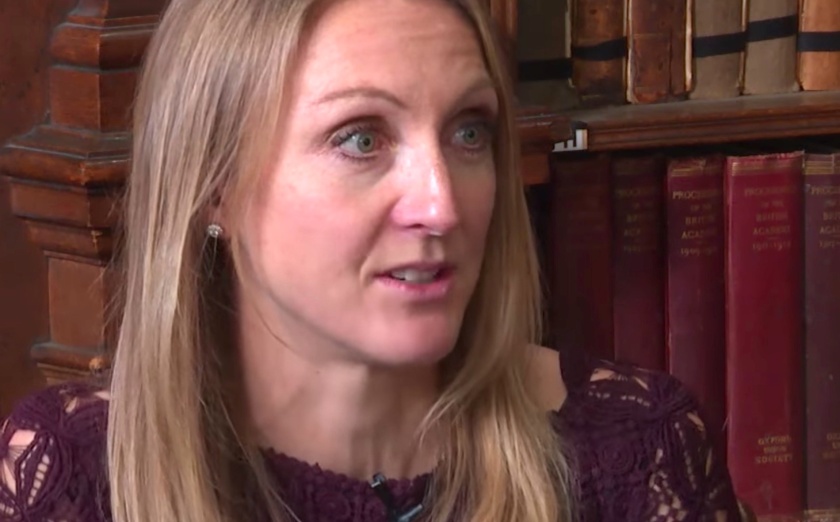 Paula Radcliffe, the fastest women’s marathon runner in history, spoke out against transgender athletes competing in elite women’s sports and was attacked by transgender activists on social media for her opinion.

She was speaking on BBC Radio when she made the comments comparing transgender athletes to “normal” athletes.

Radcliffe was careful to motion for air quotes when she said “normal” but she was still attacked later for using the phrase as a distinction.

“But they haven’t chosen to make that change which is what is happening in transgendered,” she continued, “because they should be in male sport. And if they have chosen to transition then they are asking to compete in female sport.”

Earlier in the conversation she also clarified that she was speaking about elite sports competitions.

“Probably hundreds of transgenders want to take part in sport for all of the benefits it brings,” Radcliffe said, “and all we’re saying is, that’s fine, but not elite sports because elite sports, that female section of elite sports has to protect, so that females can genuinely reach the top of it.”

She was excoriated on social media by transgender activists and others who were angered by her comments: 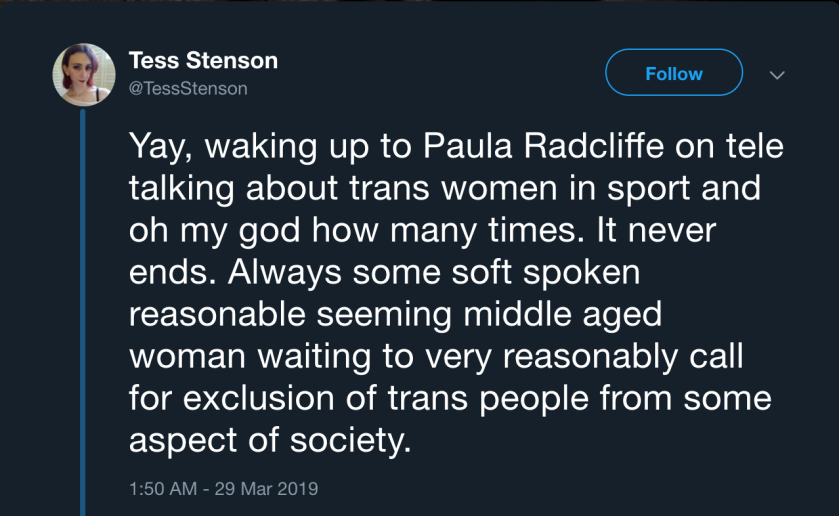 Radcliffe, who is retired, said that she was going to stand up and say what she thinks regardless of the blowback because she wants her daughter to be able to compete in sports against fair competition.

Here’s the video of Radcliffe’s comments: