Rapper Bun B got into an intense shootout with a burglar who held his wife at gunpoint and nearly managed to make off with her luxury vehicle, Fox News has confirmed.

Houston Police told Fox News on Wednesday, Bun B, whose real name is Bernard Freeman, managed to thwart off the would-be burglar Tuesday evening around 5:45 PM after he heard a ruckus in the family’s garage where his wife’s Audi was parked and ran downstairs to investigate. 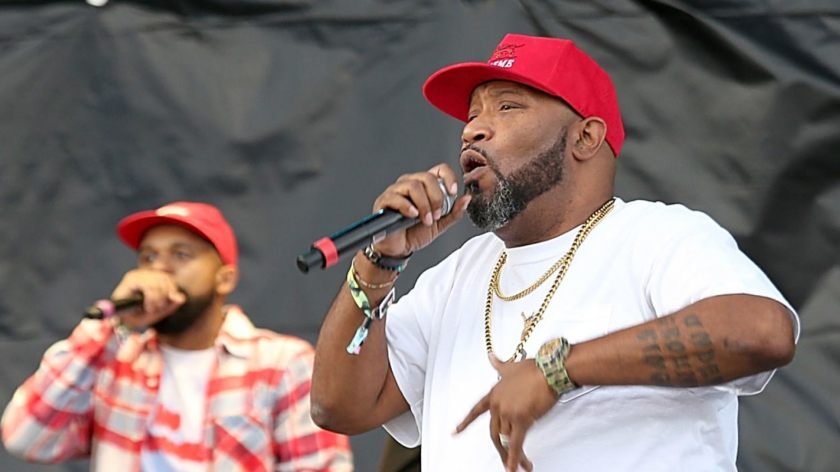 DJ Snoop (L) and Bun B perform in concert during the inaugural Astroworld Festival at NRG Park on November 17, 2018 in Houston, Texas. (Getty)

“A female heard a knock at the door, and when she opened the door, she was confronted by a masked individual who demanded valuables from her,” police told us. “She then offered up her Audi – which was parked in the garage and while Bun B was upstairs, he hears the commotion and grabs a gun and heads downstairs.”

According to police, the Houston legend confronted the suspect, DeMonte Jackson, in the garage and the two men exchanged gunfire with Jackson managing to flee on foot, but not before he is shot.

DeMonte Jackson was charged with two counts of aggravated robbery with a deadly weapon and one count of burglary after he broke into rapper Bun B’s Houston home and held his wife at gunpoint.

Police say Jackson later turned up at a Houston-area hospital with a gunshot wound to his shoulder and was positively identified in a lineup by Bun B.

Jackson was treated at the hospital and released into the custody of the jail. He is charged with two counts of aggravated robbery with a deadly weapon and one count of burglary.

Houston rap artist Bun B on the red carpet during the 2019 State Farm Chris Paul PBA Celebrity Invitational on January 17, 2019 in Houston, Texas. (Photo by Bob Levey/Getty Images for PBA)

Both Bun B and his wife were uninjured in the harrowing incident. The “Trill O.G.” rapper has long been a staple in Houston and the hip-hop community and is one half of the iconic rap duo UGK with the late rapper Pimp C.