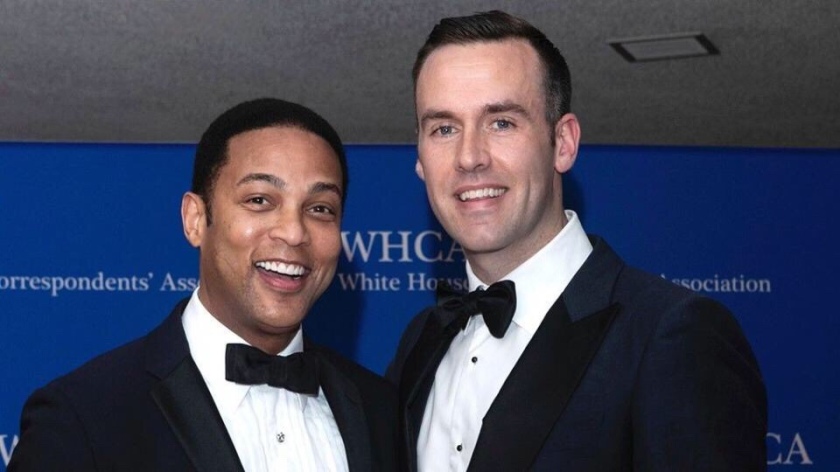 CNN host Don Lemon has been dating Tim Malone since 2017, according to published reports. (Sipa USA)

Don Lemon’s boyfriend told a reporter the CNN star gave Stormy Daniels’ attorney the kid-glove treatment in a Monday interview that followed a blistering expose, and referred to the news network as “liberal media” in a baffling exchange.

Tim Malone, a media ad sales executive, made the shocking disclosures in a Twitter direct message conversation with Daily Caller reporter Joe Simonson. It came after Michael Avenatti appeared on “CNN Tonight” on the heels of a Daily Caller report on Avenatti’s shady past dealings. Lemon served up softballs, and Malone had a ready explanation.

“Malone also appears to believe that Avenatti has befriended the liberal media, but that his time as journalists’ golden boy may be running out,” Simonson wrote in an exclusive story about the strange colloquy initiated by Malone.

In the Monday night interview, Lemon gently broached the issue, asking Avenatti about his threats against the conservative news site. Avenatti replied cryptically that “there is (sic) good journalists, and there is (sic) bad journalists,” during a long-winded answer in which he did not elaborate on his grievance. Lemon didn’t push back about why Avenatti felt the Daily Caller wronged him in its expose.

In the Twitter exchange that followed the interview, Simonson asked Malone if he thought Lemon erred by not pressing Avenatti.

Malone initially declined to elaborate, but then offered an explanation as to why Lemon tossed softballs to Avenatti.

“You don’t think Avenatti is smart enough to try and befriend the liberal media?” he said, according to Simonson, implying that Lemon and the attorney are friends.

Simonson says he then asked Malone how his boyfriend could be friends with Avenatti “considering his intimidation tactics against other journalists.”

“Honestly, I think it’s all a game, everyone is profiting, and doing what rates for their audience,” Malone said, according to Simonson. “People need to dig more. But they are starting.”

CNN did not immediately respond to a request for comment.

As for Simonson, when reached for comment about the bewildering interview with Malone, he issued the following statement: “I was and remain confused.”