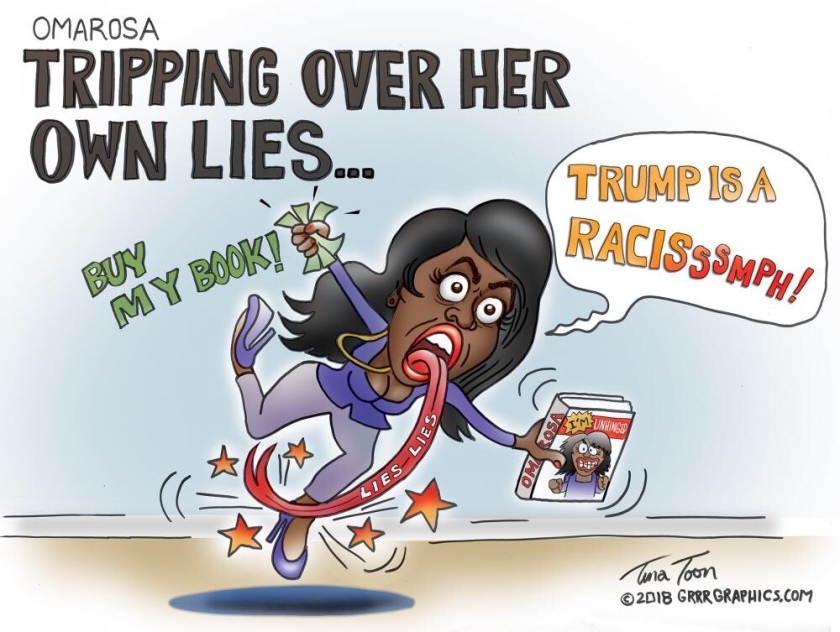 It’s Tina Toon Tuesday, “Omarosa Tripping Over Her Own Lies”

Omarosa Manigault Newman keeps tripping over her own forked tongue.

The former Apprentice star and fired White House advisor has a new book out and is hyping the sales with made up claims of tapes of Trump using the disgusting n-word.

Of course, the Hate Trump media is pushing her fake stories with glee, claiming this will be the last straw for Trump and bring his presidency down.  CNN, I am looking at you.

Omarosa had zero credibility with the Legacy Media when she was praising the President,  (they didn’t want to interview her), but now that she is stabbing Trump in the back, Fake News has been featuring her non-stop, hyping her deceitful book as gospel truth.

Update: President Trump’s campaign organization Tuesday has filed for arbitration against friend-turned-enemy Omarosa Manigault Newman, claiming that she broke a 2016 nondisclosure contract by disparaging the president in her new book and revealing private talks from the ultra-secret White House Situation Room.