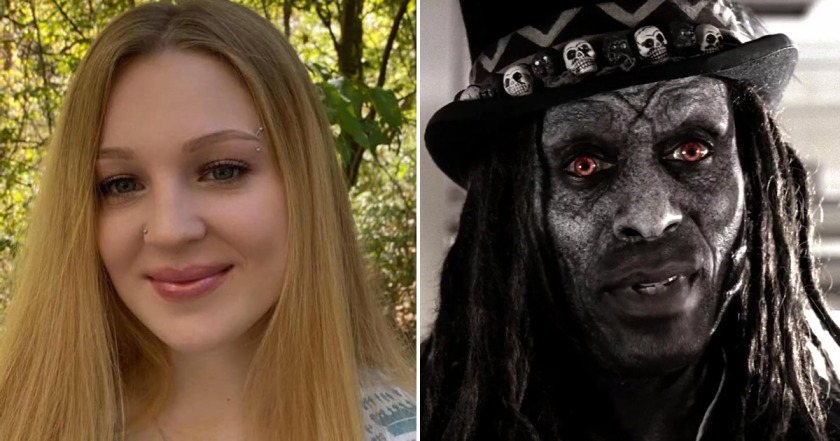 The recent death of a Virginia teen has been blamed on her practicing Haitian Voodoo spells to summon the deity known as “Papa Legba.” 19-year-old Katelyn “Kat” Restin was found dead after she allegedly drowned in a bathtub, according to posts on social media from her friends.

Restin’s unexpected death came just two days after she claimed to have seen Papa Legba apparently after a summoning spell people warned her not to try.

Papa Legba is a “loa,” which are spirits of Haitian Vodou and Louisiana Voodoo.

Legba represents a West African and Caribbean Voodoo god and has many different names depending on the region in which he’s worshipped, though he’s most commonly known in Haiti as Papa Legba.

According to a description of Papa Legba from Wikipedia, Legba “stands at a spiritual crossroads and gives (or denies) permission to speak with the spirits of Guinee, and is believed to speak all human languages.” 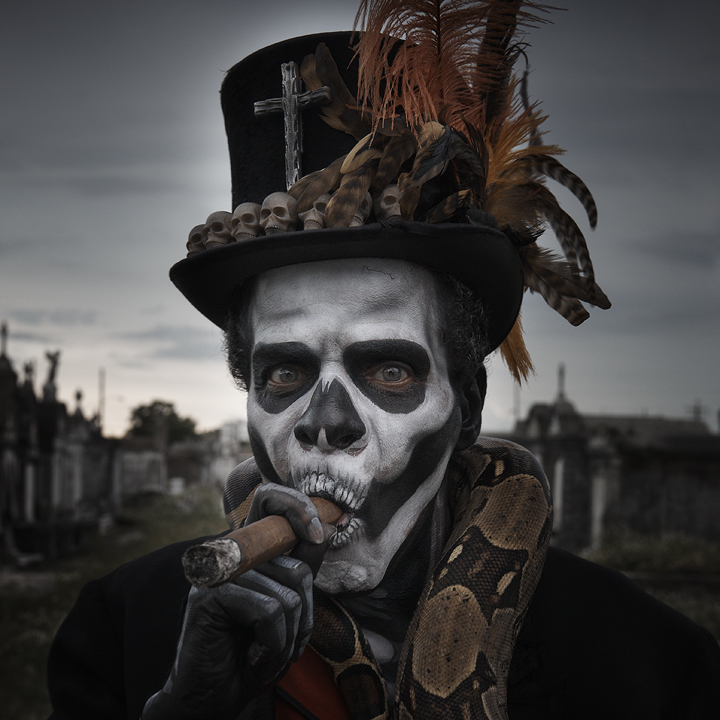 Katelyn was a part of a group on social media that practices spells, and one day she decided to get into “voodoo.”

When people warned her not to play around with that stuff, she clapped back on Twitter, saying that there’s nothing wrong with trying something new.

“Let people live and have their own religion,” she wrote in a post dated March 29th. “If someone is into something different accept that. Stop saying ‘no you come from God.’ I’m Wiccan and I always will be so shut the f**k up and let me be.” 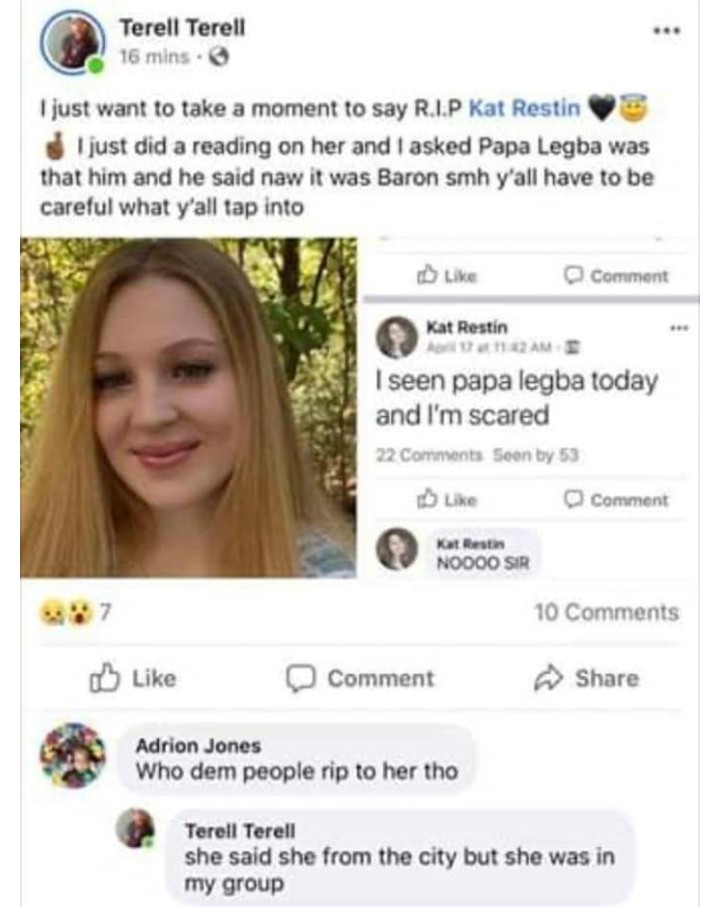 Three weeks later, Kat posted on April 17th that she’d seen Papa Legba and was “scared.” Two days later, she “passed away unexpectedly in her mother’s home,” according to her obituary, which also notes that she “was a proud new mom and adored her baby, Aaliyah.”

Kat’s obituary continues: “She was always the bright spirit of any gathering, and her resilience to keep going in challenging times inspired many of her family and friends. Katelyn always will be so deeply loved and very missed by all.”

Posts on social media suggest that Katelyn’s death was supposedly caused by drowning after she had a panic attack in a bathtub.

Someone from the Facebook group she was a part of said they “did a reading on her,” and it wasn’t Papa Legba she saw … it was actually another Haitian Vodou spirit named “Baron,” who is referred to as “the master of the dead.”

Katelyn’s family has set up a GoFundMe to establish a trust for her five-month-old daughter Aaliyah.

“She leaves behind a beautiful daughter…Aaliyah, whom she loved more than anyone or anything. ‘I never thought I could ever love anyone as much as I love her,’ Katelyn would say following her birth.

“She didn’t expect or plan on leaving her so soon in her young life. Aaliyah is only 5 months old,” the page reads.

“Katelyn was blessed with a loving family and many supportive friends. Many have asked how they can help, and they want to be there for Aaliyah.

“Therefore, in honor of Katelyn (and the love she had for her daughter), this GoFundMe account is set up to establish a trust fund for Aaliyah, to assist financially in the next phase of her life without her beloved mother. Katelyn was a single mother, with a limited income, so your donations will help to give Aaliyah a better start in her life.”