NEW YORK (CBSNewYork) — A 16-year-old girl who was apparently kidnapped right in front of her mother staged the whole thing, sources told CBS2.

The apparent kidnapping in the Bronx was staged by Karol Sanchez, who allegedly confessed to it after being reunited with her family Tuesday.

No charges have been filed at this time, but police are looking for four male accomplices.

The surveillance video would send chills through any parent: Four men snatching a 16-year-old off a Bronx Street.

Karol Sanchez is escorted by a police officer after being located following an Amber Alert on Dec. 17, 2019. (credit: Zani Koxha)

Sources say it was all staged Sanchez, who was unhappy, and four accomplices.

Blurry surveillance video showed the scene in the Melrose section of the Bronx near 775 Eagle Avenue at 11:30 p.m. Monday.

The video shows four men in a sedan pull up to Sanchez and her mother, grab the girl and push the mom to the ground.

The NYPD put out an Amber Alert and flooded the neighborhood with missing posters.

At 2:30 p.m. Tuesday, Sanchez suddenly showed back up at the scene and turned herself into police as stunned people on the street watched.

“We was at the pole over there, looking at her picture, and we walked up the block, she was crossing the street to to the the cop car, and I was like ‘Yo, that’s her right there,’” said Tommy Feliciano.

“She was shaken up. She was bending over, grabbing her knees, and discussing with the police. And that’s when they took her into the parking garage for questioning,” Zani Koxha said.

Sanchez was brought to the 40th Precinct stationhouse, where sources told CBS2 she staged the whole thing with four accomplices. Family issues are apparently at the root of her unhappiness.

The NYPD wants to talk to all involved before deciding who, if anyone, to charge. 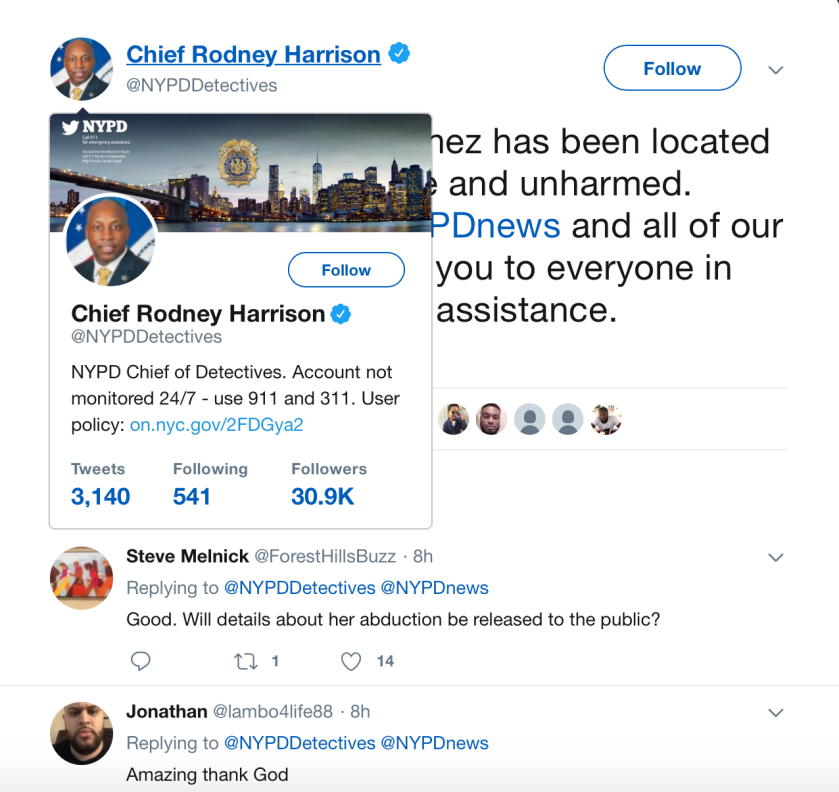 Sanchez and her family live in Dutchess County but have been visiting relatives in the Bronx.