Four Philadelphia police officers have been shot by at least one gunman who authorities say is firing at them in an ongoing shooting incident, two police sources told ABC News.

Police cars were seen speeding toward the scene in the North Philadelphia neighborhood of Tioga-Nicetown as armored vehicles and police in tactical gear converged on a street.

The suspect barricaded himself inside a building on 15th Street, the sources said.

About a dozen officers were seen taking cover behind cars as other officials surrounded a home with guns drawn.

The injuries to the officers appear to be non-life threatening, the sources said, adding that an additional injury occurred due to an auto accident.

One woman said she heard over 100 gunshots and saw people running for their lives.

“I heard so many gunshots… I’m scared,” she told WPVI.

Agents from ATF (the Bureau of Alcohol, Tobacco, Firearms and Explosives) are at the scene to assist, a spokesperson said.

This story is developing. Please check back for more updates.

CNN host Don Lemon has been accused of assault and battery at a Long Island bar, with the accuser alleging Lemon fondled his own genitalia before shoving his finger into his face. CNN has dismissed the claim as a hater’s slander.

The lawsuit was filed by a man identified in the court documents as Dustin Hice to the Supreme Court of the State of New York on Sunday and reported by Mediaite on Tuesday.

The plaintiff says he was partying at the Murf’s Backstreet Tavern club at the Hamptons, a high-end seaside resort in New York on July 15 last year, when he spotted Lemon and offered to buy him a ‘Lemon Drop’ drink. Lemon, who was with a group of friends of his own, declined, and both men were minding their own business for some time until Lemon unexpectedly turned up in front of the plaintiff and started to act erratically, the lawsuit claims. 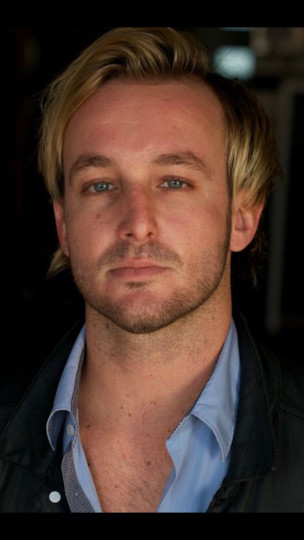 The “shocked and humiliated” Hice then fled the bar, then returned some 5-10 minutes later, but Lemon was nowhere to be found, he says in his claim.

While Hice has not met Lemon ever again, he says he was scared of stumbling into him, as his family reportedly lived in Sag Harbor where the bar is located. He complains the rumor of his encounter with Lemon made him the butt of silly jokes of the entire neighborhood, and his work there, as a bartender at another bar, became unbearable. People would approach him and order ‘Lemon Drops’ while making tongue-in-cheek remarks. The lawsuit claims the incident left Hice suicidal and unable to sleep, in addition to the alienation from his friends and family.

Hice wants unspecified damages from Lemon to cover the loss of career opportunities, past and future earnings, as well as for “past, present and future emotional pain and suffering, ongoing and severe mental anguish.”

Don Lemon has yet to comment on the lawsuit. CNN, meanwhile, has sought to dismiss the allegations as a willful attempt to damage the channel’s reputation, citing an alleged “pattern of contempt” Hice showed on his social media towards the company.

Mediaite cited an Instagram post, allegedly left by the accuser in January 2017, in which he is pictured standing in front of the CNN headquarters. The caption allegedly quotes US President Donald Trump referring to the channel as ‘the home of Fake News.”

Since the lawsuit was picked up by the media, Hice deleted his Twitter account. A screenshot of his purported Twitter profile, posted by journalist Mattew Keys, features several retweets of Bible-inspired quotes.

Dustin Hice is the plaintiff in the lawsuit. This was his social media account before he deleted it earlier today. pic.twitter.com/yNVYHdyIwP

A source told Mediaite that the man reportedly tried to settle the case out of court, but Lemon refused to fork out a $1.5 million compensation.

Hice accuses Lemon of hypocrisy, as a “staunch advocate for the “Me Too” movement“ who himself behaves like an aggressor when “cameras are tuned off.”

The accusations against Lemon come just a day after another CNN anchor – Chris Cuomo – was caught on video physically threatening a man who called him ‘Fredo.’ However, unlike the case with Cuomo, no video or other evidence of the supposed run-in has surfaced yet.