Actor Cuba Gooding Jr. did nothing wrong and may not turn himself into cops after all, his lawyer told DailyMail.com on Wednesday night, hours after he announced his client would surrender on allegations he groped a woman’s breast Saturday at a rooftop bar in Manhattan.

In an interview with The Daily Mail, lawyer Mark Heller said he watched surveillance video that shows his client’s interactions with the 29-year-old woman at Magic Hour Rooftop Bar & Lounge and it shows Gooding did nothing wrong.

Heller said he’s reached out to the Manhattan District Attorney’s Office to discuss the video evidence. 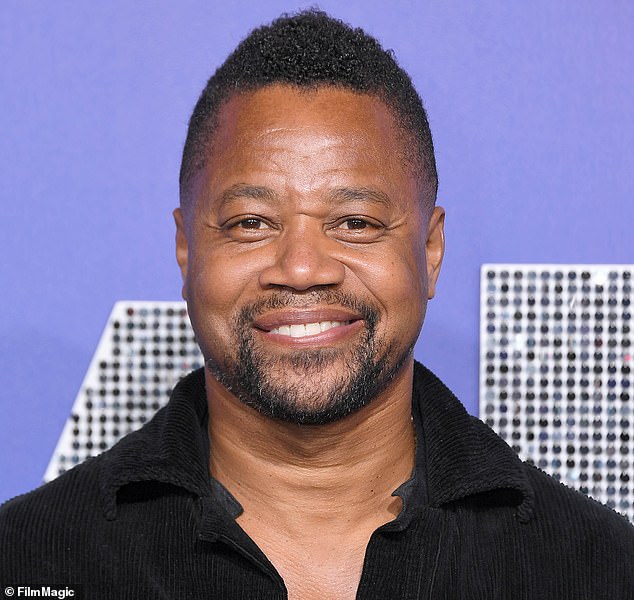 A lawyer for Cuba Gooding Jr, pictured, says he has seen the footage taken at a New York City night spot and believes the actor may be having second thoughts on whether he will turn himself in to police

Heller said the video shows Gooding doesn’t touch the woman’s breast, hug her or do anything inappropriate. He did note that the video merely shows the woman handing him a glass of water.

However, an NYPD source said police also watched the video and that it supports the woman’s contention.

The incident is said to have happened on Sunday night after the 51-year-old spent the day partying at the Magic Hour Rooftop Bar, inside the Moxy Hotel in Times Square

‘I saw the video and there’s no doubt he touches her breast,’ the source said. ‘We’re not going against the victim. The video corroborates what she said.’

‘It’s a quick thing,’ he said of the alleged groping. ‘He’s drunk, he’s all over her. He puts his hands on her lap then touches her breast.’

‘You don’t notice a reaction immediately,’ the source noted, but said the woman did call 911 to report the incident.

Police are still planning to arrest him Thursday morning.

‘He was told to surrender himself for arrest,’ the police source said. ‘We have probable cause.’

If Gooding doesn’t surrender, the source said, ‘That would be foolish of him.’

But since he’s being accused of a misdemeanor crime, his refusal to surrender would require cops to go to the DA’s office to get an arrest warrant drawn up and signed. 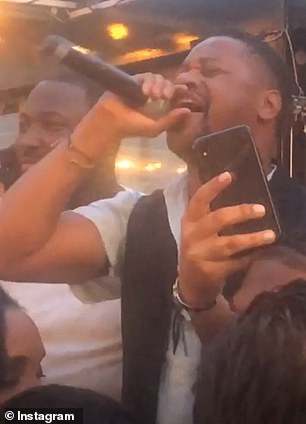 Gooding Jr. burst into song later in the evening and was filmed belting out for the crowd at the bar

An NYPD source told DailyMail.com she was a ‘Good Samaritan’ who was trying to help him when he grabbed her. ‘The woman who alleges she was assaulted by Cuba Gooding Jr. said she brought a glass of water to Cuba because he was intoxicated when she saw him at Magic Hour.

‘It was at that point he grabbed her breasts,’ they said.

But Gooding Jr. insists nobody was touched inappropriately during any stage of his mammoth partying session. He said he met a lot of people and posed for photos with fans – that’s it.

The actor is shown posing for a selfie with a fan. It is unclear who the woman who reported him to the NYPD is