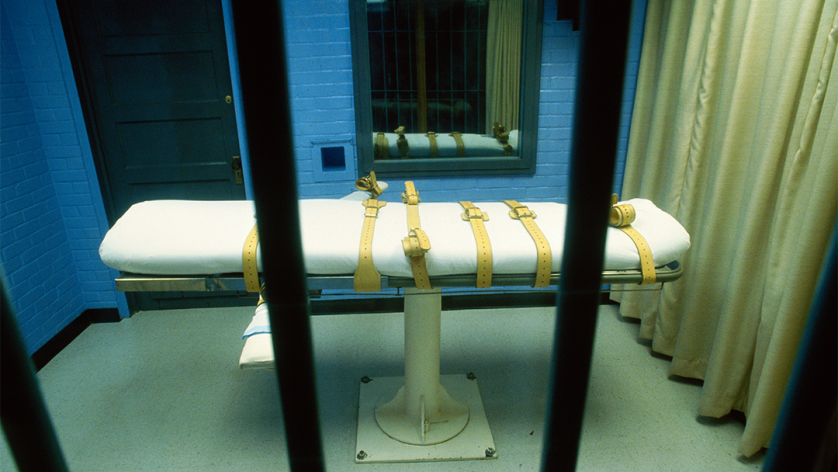 The Republican lawmaker behind a controversial bill — which could make it legal to charge women and providers with murder for an abortion — defended the proposal by saying completely removing access to the procedure would “force” women to be “more personally responsible” with sex.

State Representative Tony Tinderholt, of Arlington, said in an interview with the Observer that, if passed, the bill would reduce the number of pregnancies “when they know that there’s repercussions.”

“Right now, it’s real easy. Right now, they don’t make it important to be personally responsible because they know that they have a backup of ‘oh, I can just go get an abortion.’ Now, we both know that consenting adults don’t always think smartly sometimes. But consenting adults need to also consider the repercussions of the sexual relationship that they’re gonna have, which is a child,” Tinderholt said.

House Bill 948 would ban and criminalize abortions at any stage, direct state officials to ignore “any conflicting federal” laws, and would no longer exempt pregnancies as a result of rape, incest or fetal abnormalities. The bill would remove the exception for abortion in the state’s penal code for criminal homicide, meaning that women and providers could face charges as serious as murder for the procedure.

State Representative Donna Howard, D-Austin, said the procedure is a decision “that should not be made by someone who has no clue what’s going on.”

“That is so ignorant to think… that women are somehow irresponsibly deciding that they’re going to go ahead and get pregnant because it’s so easy to get an abortion,” said Howard. “… And for the Legislature to insert themselves in these decisions… it’s just baffling to me that he could have that lack of compassion and understanding for fellow Texans.”

When asked why the bill makes no exception for rape or incest, Tinderholt said he’s “a firm believer that God creates children in his own image, regardless of how that child is brought into the world, it’s created in his image, and how can someone want to destroy that?”

“I don’t think that there should be any exceptions to murder, no matter what. So, if this child was out of the womb and it was a child that was born out of rape or incest, no one would be OK with killing a child. I look at it like that child is a child in the womb, just like it’s out,” he said.

Since filing the bill last week, Tinderholt said he and his family have received death threats and that officers from the Department of Public Safety had been posted outside his home for at least four days. DPS spokesperson Tom Vinger declined to comment, saying the agency doesn’t discuss personal security matters.

While the likelihood of the bill’s passage remains to be seen, it sends a clear message that the Texas GOP will continue to invade women’s constitutional right to privacy beyond what is allowed under federal law.

The Republican Party of Texas declared “abolishing abortion by enacting legislation to stop the murder of unborn children” as a priority for the legislative session, but Sanford Levinson, a University of Texas Law professor, said last week “there is simply no doubt whatsoever that it is unconstitutional under current law.”

In June, Texas’ HB 2, one of the most restrictive abortion laws in the country, was partially struck down when the U.S. Supreme Court ruled that additional hurdles, such as requiring abortion facilities to meet hospital-like standards and doctors performing abortions to have admitting privileges at a nearby hospital, placed an undue burden on a woman’s right to an abortion. The University of Texas at Austin’s Texas Policy Evaluation Project published reports confirming that women seeking abortion services in Texas after HB 2 were forced to travel farther at higher out-of-pocket costs, and that a decline in abortions between 2012 and 2014 is associated with greater travel distances to clinics after the majority of abortion facilities in Texas were shuttered.

Howard has proposed measures this session regarding contraception including House Bill 941, a pilot program that would distribute contraceptives in participating public school districts with parental consent for students under 18. She and state Senator Sylvia Garcia, D-Houston, also plan to file a resolution on Tuesday declaring that “abortion is healthcare and should be treated as such.”

Blake Rocap, legislative counsel for NARAL Pro-Choice Texas, said Tinderholt’s proposal would “take us back to a time in Texas when women lost their lives because they were trying to procure illegal abortions.”

“These sort of bills come from a worldview that completely discounts people’s agency and autonomy to make a decision in a responsible way,” he said.

Though pro-choice advocates say that the bill would effectively ban abortion, Tinderholt denies that it does so.

“I’m not saying, I’ve never said, and the bill doesn’t say that abortion will be abolished and illegal,” he said. “We call it that bill, but the bottom line is this: we’re just changing criminal penal code and statutes.”

The bill is titled the Abolition of Abortion in Texas Act.