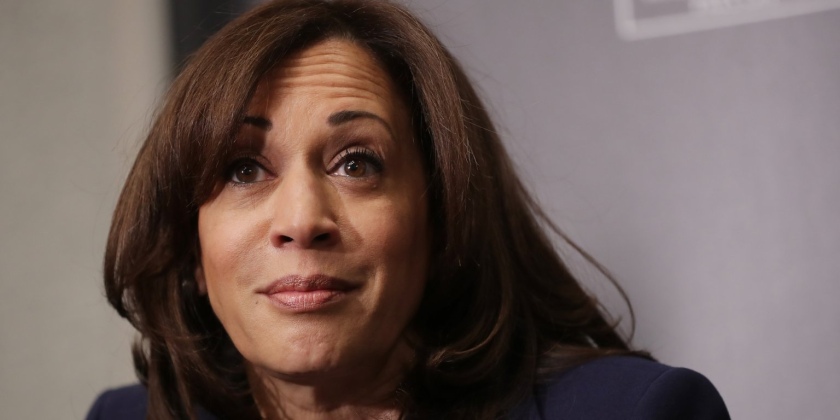 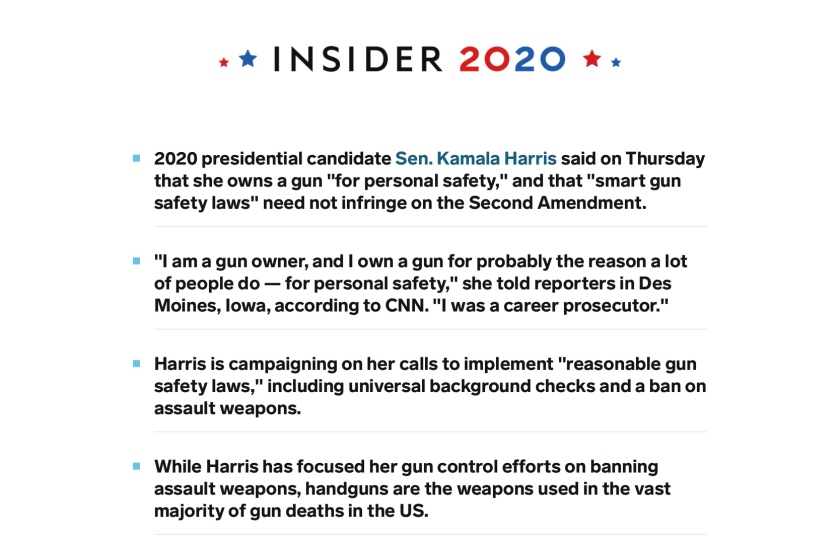 2020 presidential candidate Sen. Kamala Harris said on Thursday that she owns a gun “for personal safety,” and that “smart gun safety laws” need not infringe on the Second Amendment.

“I am a gun owner, and I own a gun for probably the reason a lot of people do — for personal safety,” she told reporters after attending a house party with supporters in Des Moines, Iowa. “I was a career prosecutor.”

Read more: Kamala Harris is running for president in 2020. Here’s everything we know about the candidate and how she stacks up against the competition.

“We are being offered a false choice,” she said. “You’re either in favor of the Second Amendment or you want to take everyone’s guns away. It’s a false choice that is born out of a lack of courage from leaders who must recognize and agree that there are some practical solutions to what is a clear problem in our country.”

Members of a grassroots gun control advocacy group, Moms Demand Action For Gun Sense in America, were at the Iowa gathering, according to CNN.

Harris has talked emotionally about gun violence on the campaign trail. During a January CNN town hall, Harris said her Republican colleagues in Congress should have been forced to confront graphic evidence of the deaths of the 20 elementary school students gunned down in Newtown, Connecticut in 2012 before the lawmakers voted on gun regulations.

“I think somebody should have required all those members of Congress to go in a room, in a locked room, no press, nobody else, and look at the autopsy photographs of those babies,” Harris said. “And then you vote your conscience.”