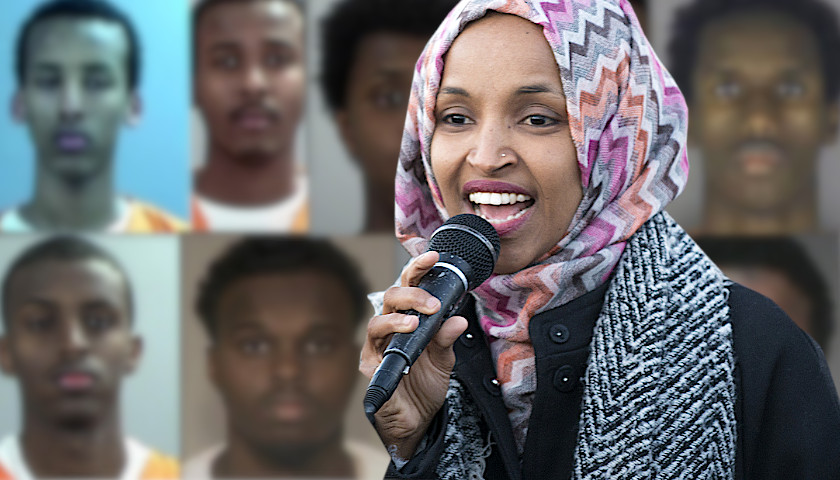 Shortly after her historic election as the nation’s first Somali-American lawmaker, then State Rep. Ilhan Omar, now a member of Congress, asked a judge for lighter sentences in the trial of nine Minnesota men charged with planning to join ISIS.

In a November 2016 letter unearthed by conservative media this week, Omar wrote to Judge Michael Davis requesting “compassion” and a “restorative approach to justice” in his sentencing.

“Incarcerating 20-year-old men for 30 or 40 years is essentially a life sentence. Society will have no expectations of the to be 50 or 60-year-old released prisoners; it will view them with distrust and revulsion. Such punitive measures not only lack efficacy, they inevitably create an environment in which extremism can flourish, aligning with the presupposition of terrorist recruitment,” Omar said in her letter.

She was one of 13 individuals to write letters to Davis, who also received a letter from Minneapolis City Council member Abdi Warsame.

“The best deterrent to fanaticism is a system of compassion,” Omar continued. “We must alter our attitude and approach; if we truly want to affect change, we should refocus our efforts on inclusion and rehabilitation.”

Throughout her letter, Omar argued that the young men were tempted by Islamic extremism because of their “systematic alienation” from society, which should be countered through “inclusion and rehabilitation.”

“A long-term prison sentence for one who chose violence to combat direct marginalization is a statement that our justice system misunderstands the guilty,” she continued. “The most effective penance is making these men ambassadors of reform.”

Omar concluded her letter by telling Davis that his “ruling can set a precedent and has the potential to be a landmark case in addressing extremism.”

Two of the men received lighter sentences for cooperating with federal authorities, while the remaining seven all received at least ten years in prison. Guled Omar, who was one of the group’s leaders, received the most severe penalty of 35 years, and two of his fellow ringleaders each received a sentence of 30 years a piece.