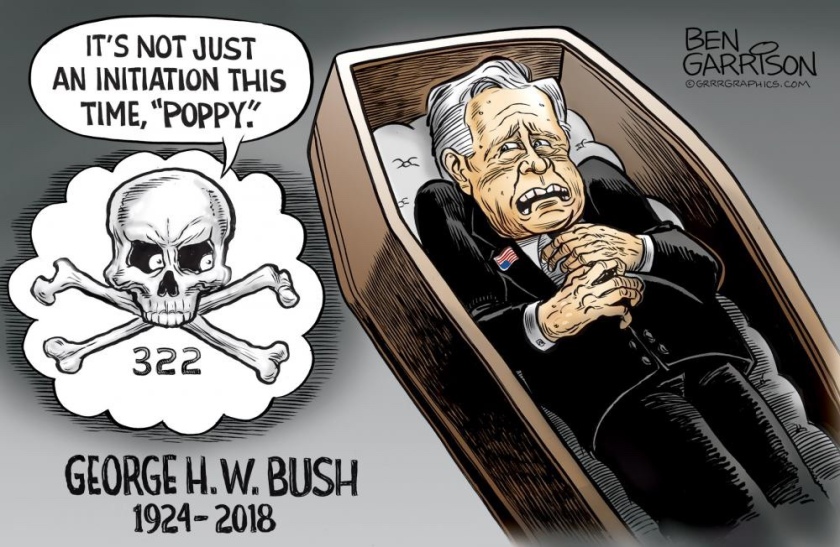 Mr. “Read my lips; no new taxes!” is dead. I decided to dash out a cartoon about the first Bush President. I never liked him, nor did he get my vote.

I just glanced at the glowing obits being proffered by the legacy media. CNN, The New York Times and others seem quite reverential and respectful of “Poppy” Bush. After all, he was instrumental in furthering an opaque government and the Deep State that now controls most of the media arms. He was the first to promote the “New World Order” that socialists want. Bush was friends with Obama and the Clintons. In fact, the Bushes voted for Hillary, not Trump. Its no wonder the fake media is gushing praise for the globalist H. W. Bush.