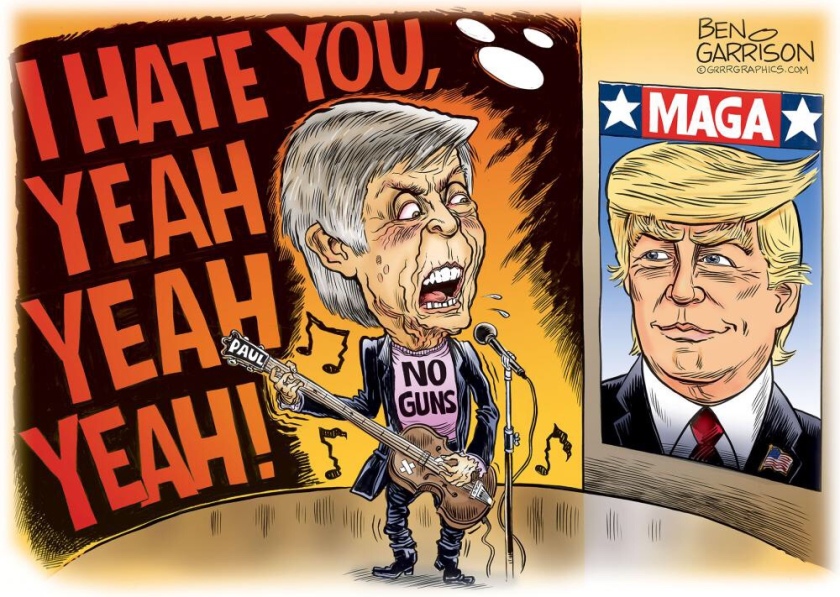 It’s his first number one album in 36 years. Why would an old fossil like McCartney still be recording songs and how on Earth could his new album possibly be a hit? That’s what I thought when I first heard about it.

I found out why. The 76 year-old mop top has Trump Derangement Syndrome. He’s an outspoken purveyor of ‘climate change,’ so he wrote a song on the subject in which he compares President Trump to mad captain piloting a boat toward an iceberg.

Sir Paul is now the very face of the establishment. The deep state globalist swamp establishment, that is. He rubs shoulders with royalty, movie stars, fellow billionaires, and authoritarian oligarchs. (He also revealed that he rubbed other things with his buddies at Lennon’s place long ago, but I won’t get into that—too disgusting). Oh—and of course he’s good friends with Hillary Clinton! He wants us all to be good little globalists. We need to downsize, stop eating meat, respect our lefty leaders and give up our guns.

I’m sick of hearing about the Beatles and about McCartney in particular. He has won a golden ticket to ride. It’s time for him to ride off into the sunset.