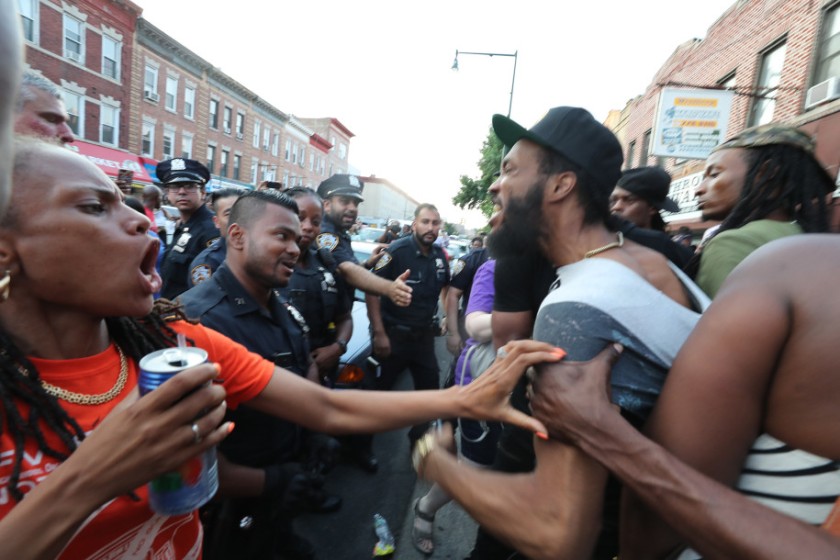 Nail salon workers in Brooklyn squared off with two customers, using broomsticks, fists and dustpans to pummel the pair after one of them refused to pay for a “f–ked up” brow job, witnesses and cops said.

Video posted on Facebook shows a portion of the knock-down, drag-out brawl at New Red Apple Nails on Norstrand Avenue in East Flatbush. It was filmed by another customer who was inside during the mayhem.

“So I’m at the nail salon and they f–ked up a lady eyebrow and she refused to pay then a fight broke outttt,” explained Mercy Maduka in the video caption.

“Hitting them like animals,” she said, referring to the customers.

Cops wound up arresting a salon worker and one of the patrons Friday night after the incident, though it’s unclear which one.

Huiyue Zheng, 32, was charged with assault and weapon possession, according to police.

She was later released on her own recognizance following a hearing in Brooklyn Criminal Court, cops said.

Customer Christina Thomas was booked on misdemeanor assault and other charges. She was also released on her own recognizance.