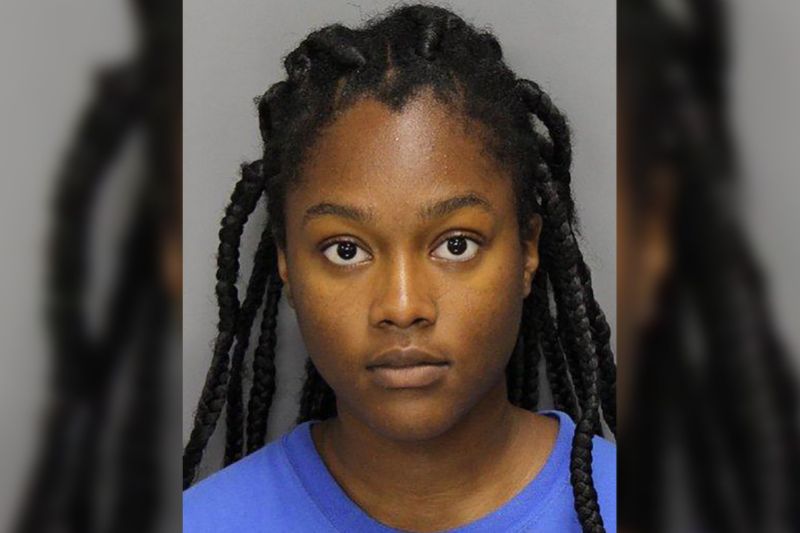 Maquwell Fleming’s mug shot. She set up a date with a man and then held him at gunpoint to rob him, according to Cobb County (Ga.) police. (Photo: Cobb County Jail)

A teenage girl lured a man she met on Instagram to a parking lot in Georgia — where he thought they were meeting for a date — and robbed him at gunpoint, police said.

Maquwell Fleming, 17, of Kennesaw, was arrested on July 17 hours after she allegedly held up the 18-year-old man at a Walmart parking lot in Marietta, WSB-TV reports.

“She hops out of a Dodge Dart, gets in the back of the vehicle, points a gun at him [and] robs him of the $160 that he had just been paid from his job,” Cobb County police Sgt. Sarah O’Hara told the station.

Determined to get his money back, the victim then drove after Fleming, following her onto Interstate 575 and later onto State Route 92 in Woodstock, where a Cherokee County coroner spotted the speeding cars and called police.

The coroner followed the cars and the victim later stopped driving to speak with police, O’Hara said.

“He stated that he had just been robbed by somebody that he thought he was supposed to be going on a date with,” she told the station.

The man gave police Fleming’s license plate number, which was put out in an alert to authorities. Cops in Kennesaw later tracked down the car, but Fleming wasn’t inside.

“It was not the suspect that they were looking for, but in fact, it was her mother,” O’Hara said.

The suspect’s mother then cooperated with investigators by leading them to her daughter. She later opened her apartment door and called for her two daughters to “come outside,” according to a police report obtained by the station.

The mom told police she had no idea about her daughter’s alleged plan, O’Hara said.

Fleming remained in custody on a felony charge of armed robbery at the Cobb County Jail without bond as of Thursday, jail records show. No attorney information was listed.