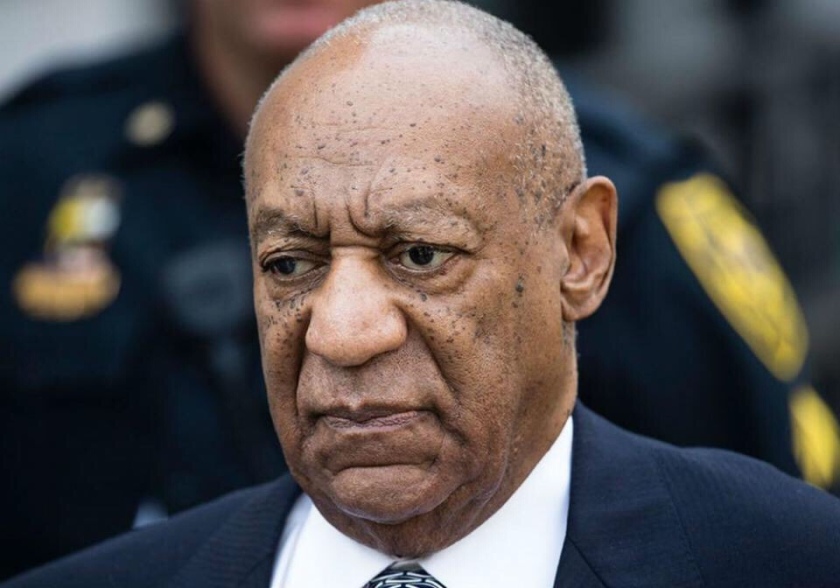 Disgraced former TV dad Bill Cosby has been under house arrest after a jury found him guilty of three counts of indecent aggravated assault back in April, and now it looks like the 81-year-old’s health is starting to fail. Radar Online is reporting that doctors have given Cosby a “chilling death diagnosis,” and he is preparing for the end by rewriting his will and planning a grand funeral. Insiders say that Cosby is cutting “traitors” out of his will, selling off family heirlooms, and inviting various celebrities to a $250,000 farewell party. “Doctors are telling the family now is a good time for him to ‘get his affairs in order,’ which is code for ‘prepare to die!’ claims a source. As soon as the four zeros went up – my memory went to a black and white photo of Steve Van Buren running with the football in the snow. Congratulations to the Philadelphia Eagles for winning SuperBowl LII #EaglesSuperBowlChamps #PhiladelphiaEagles #RIPSteveVanBurenpic. twitter.com/OCIzIk5kcW— Bill Cosby (@BillCosby) February 5, 2018 The insider adds that Cosby’s health has deteriorated since over 60 women accused him of drugging and sexually attacking them over multiple decades. They say that he is suffering from hemiplegic migraines, which is a rare condition that causes confusion, speech difficulties, vision problems, and temporary paralysis. Cosby’s wife of 64 years, Camille, went to the couple’s Massachusetts farm after her husband’s conviction, and the source says that since she “ditched him,” Cosby is getting revenge by selling family heirlooms. Ahead of his September 25th sentencing, the comic has fired his legal team, including Tom Mesereau, the attorney who got Michael Jackson cleared of child molestation charges. Insiders say that Cosby believes they let him down and he is angry. He has recently hired a new attorney – Joseph P. Green Jr. A jury found Cosby guilty of drugging and molesting Temple University employee Andrea Constand back in 2004, and his conviction and impending sentencing have reportedly sent him into a tailspin. Famous women’s rights attorney Gloria Allred says that Cosby’s change in lawyers looks to be an “act of desperation. ”The Cosby Show star is also planning to spend $250,000 for his July 12th birthday party, which will also be a final farewell. According to sources, he has invited Christopher Darden, the prosecutor in the O.J. Simpson murder case, Keshia Knight Pulliam, Phylicia Rashad, Whoopi Goldberg, Waka Flocka, and CeeLo Green. However, none of them have RSVP’d. Bill Cosby hangs out at DeMarco’s Hair Artistry (Barbershop) on yesterday with friends, fans and supporters. #DeMarcosHairArtistry #RisingSunAvenue #BugsyBlades #Philadelphia #GoEaglespic. twitter.com/1FPUWcDWpS— Bill Cosby (@BillCosby) January 21, 2018 Mesereau says that Cosby’s conviction was a “travesty of justice,” and it is the result of the #MeToo movement. His former client is facing up to ten years in jail on each count at his September sentencing, but he is currently out on bail. The lawyer also says that he believes Cosby’s trial was biased, and he has never seen anything like it in his career. He explained that the #MeToo movement started as something desirable – to stop sexual harassment, discrimination, and abuse against women. But while he commends those principles, Mesereau says that the movement has “gotten so powerful that judges are running scared. ”Mesereau hopes that the court will reverse Bill Cosby’s convictions on appeal, and he also hopes that the comic “doesn’t spend one minute in jail because he doesn’t deserve to.”