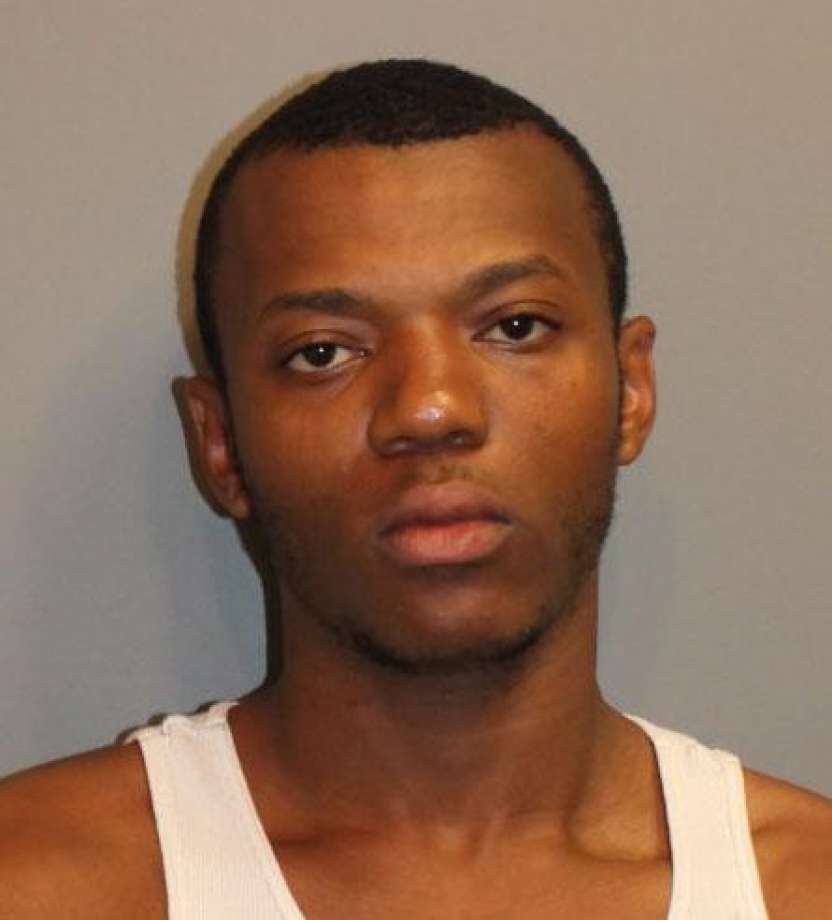 Jeffrey Sumpter, of Bridgeport, charged with first-degree assault and risk of injury to a minor in Saturday melee at Dunkin Donuts.

STAMFORD — A Bridgeport man who was assaulted by three juveniles while he was at work in Norwalk will have to spend 18 months in jail for stabbing one of the attackers.“I was defending myself,” Jeffrey Sumpter, 21, told Judge John Blawie on Monday morning at the Stamford courthouse when he was sentenced for stabbing one of the males in the leg last October. Blawie told Sumpter that he understood and believed his version of events, but he said he had to follow the letter of the law.Sumpter, dressed in a white prison jumpsuit with short sleeves, did not reply. His public defender Howard Ehring said unlike a state like Florida, which has a law allowing its residents to stand their ground, Connecticut law requires Sumpter to retreat from the beating he was given at the Dunkin’ Donuts where he worked. After being assaulted inside the coffee shop, Sumpter ran outside and stabbed one of the men.Ehring said the fact that a search of one of the men turned up shotgun shells, showed the four were looking to hurt Sumpter. No shotgun was found. Blawie said he hoped this would be Sumpter’s last “bid,” slang for prison sentence, because now that he has been convicted of felony first-degree assault, he will be treated more harshly by the criminal justice system going forward. Sumpter will have to spend three years following his jail sentence on probation, during which time he could be made to serve all or part of a three and one-half year prison sentence if he breaks the law.