THE FATHER IS TOO CALM! I WOULD HAVE SLAPPED THE TASTE OUT OF THE PRIEST MOUTH!!! 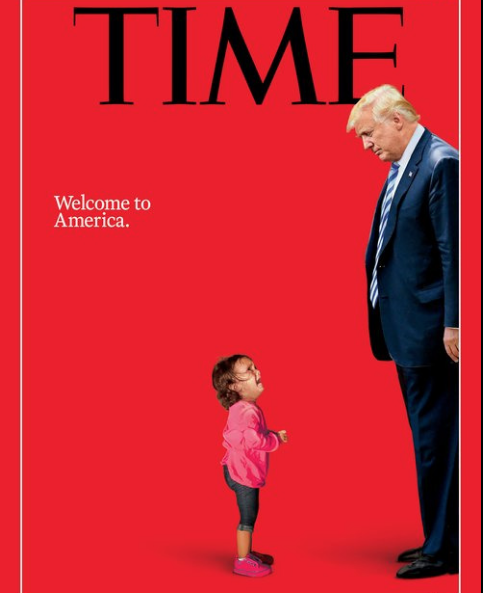 A little girl shown in a viral photo crying as a U.S. Border Patrol agent detained her mother – and used by TIME magazine to symbolize the Trump administration’s family separation policy – reportedly was never separated from her mom.

“Welcome to America,” declared a somber TIME cover, which showed the picture of the Honduran child Yanela Sanchez next to a towering President Trump.

TIME, which is standing by the cover despite the new information, originally called it “an image America could not ignore” and interviewed the photographer, as did other outlets. TIME followed up with another article entirely about the cover and “the story behind” it.

The picture was featured in international coverage of the policy around the world. The New York Daily News also put Sanchez on the cover of its June 16 issue with the headline: “Callous. Soulless. Craven. Trump.” 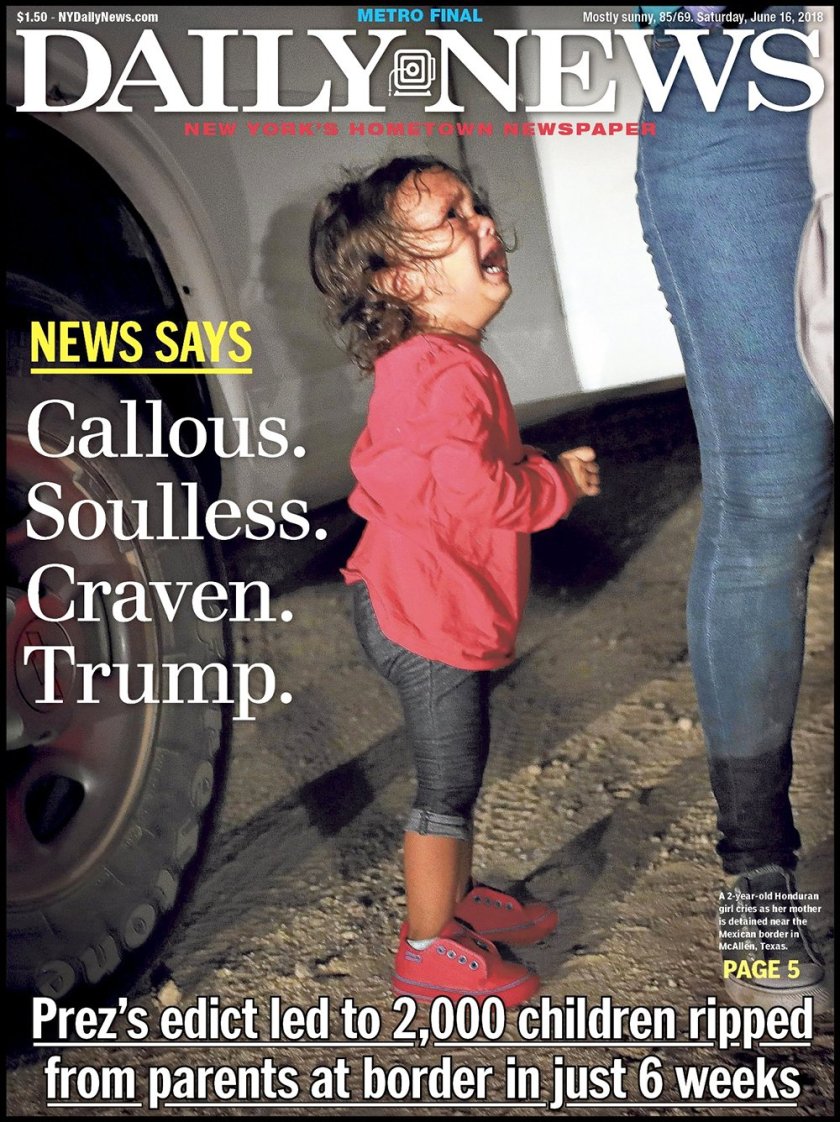 CNN analyst Chris Cillizza wrote an entire article on the TIME cover: “It shows the compassion gap that exists between the Trump administration’s ‘zero-tolerance’ border policy and the real-life people that are affected.”

But multiple outlets interviewed the father of the girl behind the iconic image, and he said he had learned that his two-year-old daughter was detained with her mother at a facility in Texas, and the two were not separated at all. The Honduran government confirmed his version of events to Reuters.

The Washington Post reported that the mother, Sandra Sanchez, had previously been deported in 2013 to Honduras. Her husband told the Post that she left without telling him she was taking Yanela with her and couldn’t contact her. But then he saw the picture on the news.

“You can imagine how I felt when I saw that photo of my daughter. It broke my heart. It’s difficult as a father to see that, but I know now that they are not in danger. They are safer now than when they were making that journey to the border,” Denis Javier Varela Hernandez told The Daily Mail.

He also said he did not support his wife’s decision to make the perilous trek to the U.S. and that they have three other children together. 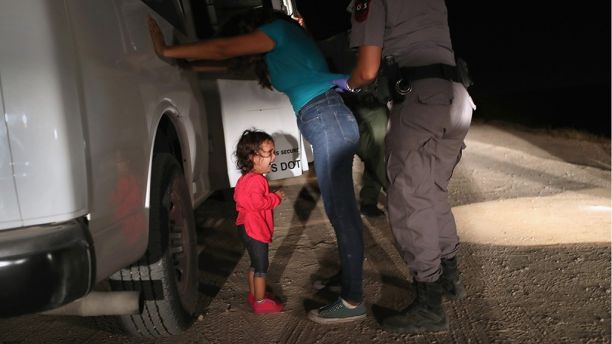 “I didn’t support it. I asked her, why? Why would she want to put our little girl through that? But it was her decision at the end of the day.”

But despite the dad’s explanation, TIME stood by its cover in a statement Friday.

“The June 12 photograph of the 2-year-old Honduran girl became the most visible symbol of the ongoing immigration debate in America for a reason: Under the policy enforced by the administration, prior to its reversal this week, those who crossed the border illegally were criminally prosecuted, which in turn resulted in the separation of children and parents,” TIME editor-in-chief Edward Felsenthal said. “Our cover and our reporting capture the stakes of this moment.”

Yet, in its story about the photo, TIME included the following correction: “The original version of this story misstated what happened to the girl in the photo after she taken from the scene. The girl was not carried away screaming by U.S. Border Patrol agents; her mother picked her up and the two were taken away together.”

The confusion and misrepresentation over the family’s circumstances came amid a chaotic week in which passions flared over the administration’s controversial “zero-tolerance” policy that seeks prosecution for virtually all illegal border crossers. That policy led to family separations, but Trump backed off with an executive order earlier this week allowing families to stay together during proceedings.

He faced bipartisan criticism over the separations, but the outrage reached intense levels on the left.

Activists, lawmakers and journalists have accused the administration of running “internment camps,” while Trump administration officials have had their cell phone numbers revealed online and been chased out of restaurants.

“We must maintain a Strong Southern Border. We cannot allow our Country to be overrun by illegal immigrants as the Democrats tell their phony stories of sadness and grief, hoping it will help them in the elections. Obama and others had the same pictures, and did nothing about it!” Trump tweeted Friday.

It’s the latest immigration-related misstep by media outlets and reporters.

Last month, liberals and journalists rushed to share an article featuring pictures of children locked in cages at an Arizona detention center. Many such tweets were quickly deleted or clarified when other users pointed out that the article was from 2014 — during then-President Barack Obama’s administration.

Others shared a tweet about a “prison bus” that Immigration and Customs officials allegedly used to carry babies. But the bus was used for educational field trips, and the picture was published on April 2016 — about six months before Trump won the presidency.