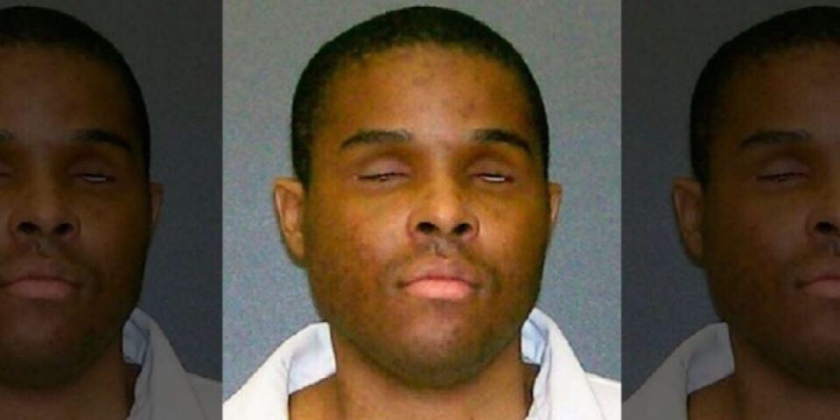 Andre Thomas, 35, recently gouged out his only remaining eye and ate it in a mental outburst. His attorneys are attempting to ague to a federal appeals court that his mental state should bar him from the death penalty.

In 2004, Thomas was convicted of killing 13-month-old Leyha Marie Hughes, his estranged wife’s daughter, as well as his estranged wife, Laura Christine Boren, and their 4-year-old, Andre Lee, reported the Associated Press.

Thomas stabbed the victims and ripped out their hearts.

Thomas stabbed himself a few times before going to the Sherman Police Department and confessing to the killing.

He claimed God told him to commit the killings.

When Thomas was first jailed for the killings, he pulled out one of his eyes, yet a judge still ruled him competent for trial. Then in 2009, while on death row, he removed his remaining eye and told prison officials he ate it.

Although a federal judge rejected an appeal from Thomas and his attorneys in 2016, they took their case to the New Orleans-based 5th U.S. Circuit Court of Appeals, who heard their oral arguments for appeal on Tuesday.

In written filings before the arguments, attorney Catherine M.A. Carroll argued Thomas’ mental illness went undiagnosed and untreated “until after the delusions it caused led him to commit the crime here.”

The Herald Democrat reported Carroll argued for about 30 minutes Tuesday for Thomas’ appeal. Thomas’ case for appeal is ongoing.