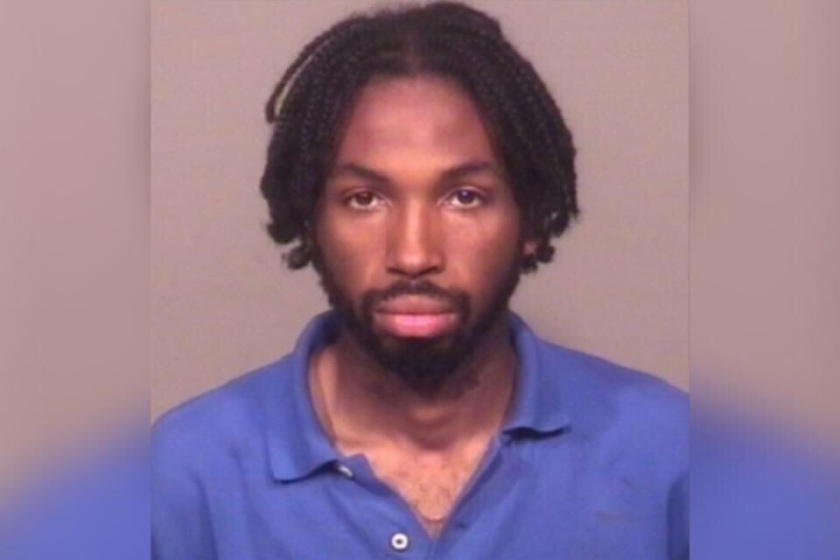 A Connecticut man accused of rape was acquitted this week after employing an unusual defense tactic: dropping his pants in court and showing his penis to the jury.

Defense attorney Todd Bussert said it was “the only real, viable option” in a case where a woman claimed she was raped in 2012 by a person she described as a black man whose penis was lighter than the rest of his body.

In 2014, the woman identified her rapist as Desmond James after seeing his picture in a news report. There was one major issue, according to Bussert: His client’s penis did not match the description the accuser provided.

During the trial, which started Monday in New Haven, Bussert said the defense had planned to use several photographs they had taken of James’s private parts to prove he wasn’t the suspect in question.

“Unfortunately, in one of [the photos], the flash had washed everything out,” Bussert told The Washington Post in a phone interview Saturday. “And given that the color was the issue, that became problematic.”

After disclosing this to the state, Bussert and his team discussed whether they should move forward by presenting all of the photos and explaining the color inconsistencies to the jury — or simply by showing the jury the evidence in the flesh, as it were.

They ultimately made a request to offer “non-testimonial evidence,” which was granted by Judge Elpedio Vitale, who stated it was James’s Sixth Amendment right to defend himself, Bussert said.

The difficult part then was convincing their client to expose himself in court, he added.

“He was, I think, very uncomfortable with the whole idea,” Bussert said. “We explained to him why we thought it advanced the defense’s case. It was probably the strongest piece of evidence that we could offer. The whole claim was so specific and so unusual — there wasn’t a lot of ambiguity about it — we thought, well, if we can refute that, we can obviously persuade the jury.”

And so, on Wednesday, after the trial had resumed from a lunch break, Vitale gave a brief warning to the six-person jury, along with two alternates, that they were about to see “sensitive” evidence, Bussert said.

James “stepped up before the jury box and proceeded to unbutton his pants,” Bussert said. “The whole thing took three to five seconds. The court didn’t want to make it a huge thing. … It’s humiliating, ultimately.”

Somehow, court employees had caught wind of what was going to happen after lunch and packed the courtroom to watch, according to the New Haven Register, which first reported the story. The jurors reacted in various ways.

“One of the women looked away. One of the male alternate jurors looked as if he was trying not to have an outburst,” co-defense attorney Erica Barber told the newspaper. “I’m sure they were shocked but they did a good job of not showing it.”

Prosecutor Stacey Miranda argued in court that James might have changed his pubic hair since 2012 or that the lighting could have caused the accuser to remember her assaulter’s penis differently during the time of the assault.

“You saw the defendant’s penis. What was that?!” Miranda told the jury, according to the New York Post. “It is six years later. Do we have any idea of what she may have been seeing that night? What his manscaping was like at the time? What light was shining on it?”

Despite the prosecution’s protests, the jury ruled James was not guilty on all three counts of first-degree sexual assault.

Bussert, who has practiced law for about 20 years, disputes that he advised his client to expose himself to sensationalize the case or the evidence.

“I can fairly say I never envisioned this scenario in my career where something like this would come up,” he said. “Here it just seemed like the only real viable option … If I felt I had [another] really clear unimpeachable option that would have established the same point, I would have pursued it.”

The jury’s decision does not mean Bussert’s client left the courtroom freely, though. James was convicted last year for home invasion and sexually assaulting a 10-year-old girl and is serving a 65-year sentence.

A father has been seriously injured after jumping in the line of fire trying to protect his pregnant daughter from being shot….

Police said 74-year-old Frederick Waring “took the brunt of the injuries” attempting to save the life of his 23-year-old daughter, who is five months pregnant with twins, reported KYW-TV. Waring is reported to have been shot at least 10 times and is in the hospital in critical condition.

The shootout on the day of the woman’s wedding occurred around 10:30 p.m. on Sunday, May 20 in southwest Philadelphia. Detectives believe the shooting was the result of a domestic issue after the ex-wife of the groom turned up with two other men.

In a news conference, Philadelphia Police Lieutenant John Walker said there was an altercation which stemmed from “jealousy” after the man’s ex-wife saw a Facebook post saying how he was about to get married again.. Shortly before 10:30 p.m. Sunday, the ex-wife and others went to the 23-year-old woman’s home on the 5800 block of Hadfield Street, police said. After the ex-wife approached the woman, “there was some type of altercation,” Lt. John Walker of Southwest Detectives said at a news conference Monday afternoon.

“As that escalated, some of the males in the crowd, at least two, pulled out handguns,” Walker said. “The father of the 23-year-old woman jumped in front of his daughter. Obviously, he took the brunt of the injuries.” The father was shot as many as 10 times in his upper body, Walker said. His daughter was shot in the left hip and leg.

Police did not release either victim’s name or that of the ex-wife. Neighbors on the block where the father and daughter live confirmed that the father’s name is Fred Waring. He was in critical condition Monday afternoon at Penn Presbyterian Medical Center, while his daughter was in stable condition, Walker said. He said the motive for the shooting was “jealousy.”