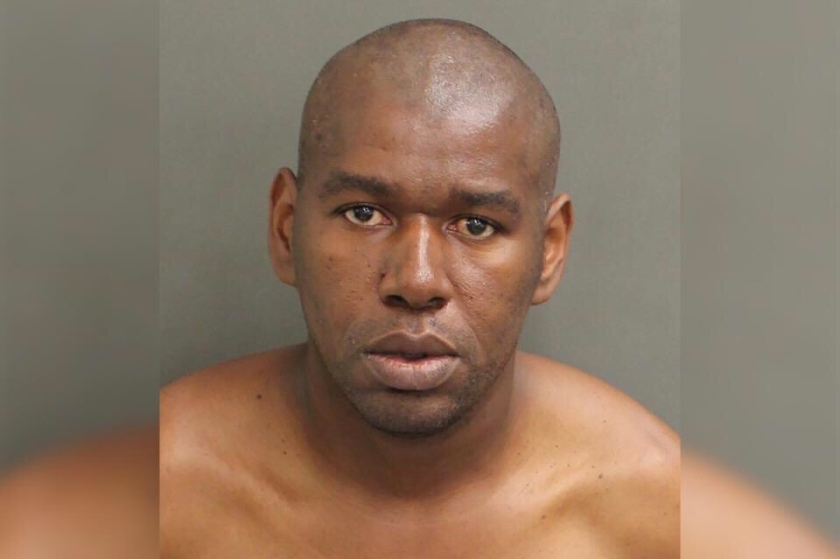 A registered sex offender in Florida was caught in bed with two teenage girls after his roommate reported him to authorities, police said.

Mitchell Thurston, 34, was arrested after his roommate called his probation officer and reported that Thurston had a young girl staying with him, WESH reports.

The probation officer later responded to Thurston’s home in Orlando, where he was found in bed with two juvenile girls, one of whom told investigators she had been homeless and lived in a nearby wooded area before meeting Thurston at a bus stop. Thurston then invited her to his home, where she had been staying for about a month, she told police.

The second girl — who was previously reported missing by her mother — also met Thurston at a bus stop before going to his home, police said. He’s now facing battery and child molestation charges.

One of the girls said Thurston touched her inappropriately on two occasions while they were together in bed. Both are about 16 years old, WFTV reports.

In 2008, Thurston was convicted sexual battery on a child under 12 and was sentenced by a judge to nearly two years in prison. He was also placed under supervision as a registered sex offender for 10 years, according to the station.

Thurston’s roommate, who asked not to be identified, said he simply had to act after spotting the young girls with Thurston.

“It’s just something that I had to do,” the man told WFTV. “I just don’t feel right. Something should be done.”