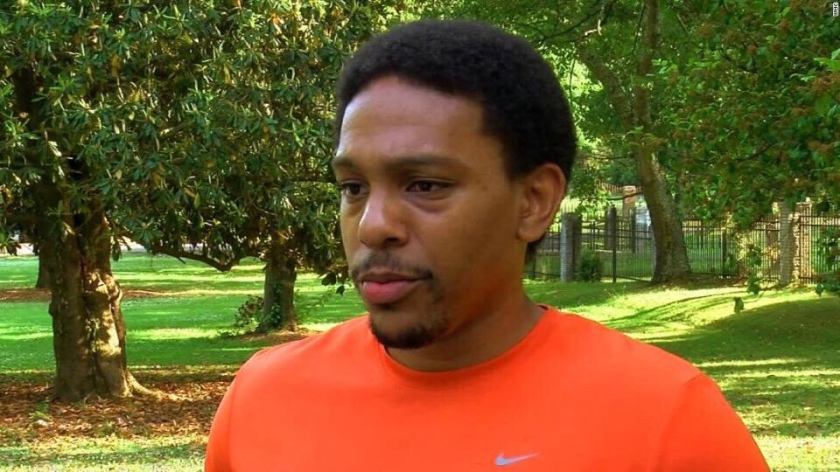 The police show up — and arrests, or angry conversations, or cries of racism follow.

That seemed to be the trajectory of an incident in Memphis earlier this month, but then there was an unusual twist. When the police showed, they backed the black guy.

A wave, then a dispute

On May 5, African-American real estate investor Michael Hayes was inspecting a house he’s interested in buying in a Memphis neighborhood.

He was pulling a board off the boarded-up home’s front down when a woman next door came outside. Hayes said he waved to her. The woman, who is white, asked him what he was doing. He pointed to the sign he had placed in the front yard.

“I told her that I had a contract and that I was an investor,” Hayes, who wanted to get inside the house to take pictures, told CNN. “But she wasn’t listening to that. She didn’t want to hear it.”

She said he had no right to be in her neighborhood and should leave, Hayes said. Then she called the police.

The police show up

At this point Hayes, who often records his activities as a real estate investor for his YouTube channel, pulled out his smartphone and started recording.

He was rolling when a squad car from the Memphis Police Department rolled up. The video shows Hayes explaining why he was at the home to a Memphis police officer.

The officer, soon joined by a second officer, seems to be convinced that Hayes has done nothing wrong and tells him that if he has anymore problems with the woman to call him back over to the house “and she will go to jail today.”

The officer then walks over to the woman’s yard and talks to her, warning her to leave Hayes alone.

“He’s just gonna go in there and do what he’s got to do. You’re going to let him do what he’s going to do,” the officer, motioning to Hayes and the house, says to the woman. “If you try to do anything to stop him, I’m going to take you to jail.”

Hayes then asks if one of the officers will stay on the scene for about five minutes so that he can finish his work.

A police report on the confrontation was not filed because “no criminal act was committed,” Lt. Karen Rudolph of the Memphis Police Department told CNN in a statement. “This incident was handled as an on-scene complaint.”

Hayes commended the police officers for protecting him, saying the officers “handled it perfectly” and made him feel safe. He also alluded that the woman called the police on him simply because of his race.

“This type of stuff is still going on,” he said in the video. “You know why the lady called the police on me.”

CNN has reached out to the woman, Tiffany Albert, and is waiting to hear back.

But in an interview with CNN affiliate WMC, Alebert said she made her look like a racist.

“I’m Spanish,” Albert said. “My boyfriend is black. It’s nothing racist about it.”

Albert said people used the house to do drugs before the city finally boarded it up. She didn’t want the boards removed, she said.

“It took us so long to get these two houses boarded up,” Albert told the affiliate.

The entire incident shocked Hayes, he told CNN, because “I didn’t give her any reason to believe I was a threat, but she perceived me as a one.” 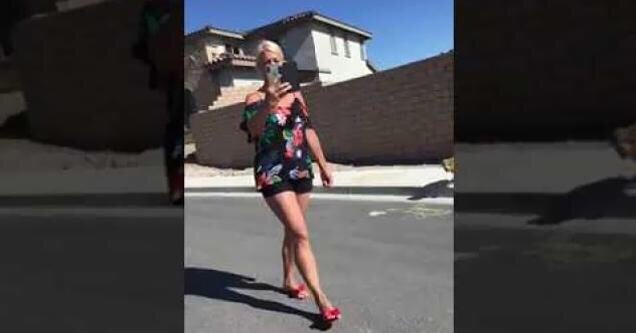 James Ochoa made a U-turn on a street in a suburban neighborhood in Nevada. A white woman by the name of Summer Berlinger demanded to know why he was on her street, began yelling “Help! Gun!” at the top of her lungs (James was unarmed). Apparently, Summer Berlinger was attempting to trick one of her neighbors into shooting an unarmed man, James Ochoa!

In this May 18, 2018 photograph taken from news video, James Barnett of Laurel, Miss., shows the injuries he allegedly sustained after two Laurel police officers pursued and arrested him after he turned around from a police checkpoint May 16. Barnett said the officers repeatedly kicked him in the face when they arrested him. Laurel police Capt. Tommy Cox says it became apparent to supervisors on duty that there was a problem with the way the arrest occurred, and the officers were fired. WDAM-TV, via AP Shakari Briggs.

Two Mississippi police officers have been fired after a man said they repeatedly kicked him in the face when they arrested him.

WDAM-TV reported Monday that Laurel police Capt. Tommy Cox says it became apparent to supervisors on duty that there was a problem with the way the arrest occurred, and the officers were fired. Police say the department has been in contact with the Mississippi Bureau of Investigation to look into the possibility of criminal charges against the officers.

Thirty-six-year-old James Barnett tells WDAM-TV the officers pursued and arrested him after he turned around from a police checkpoint May 16. Barnett says he exited the vehicle, lay down on the ground and was continuously kicked. He was charged with resisting arrest. It’s unclear if he has a lawyer.