Alex Jones presents video footage of Maxine Waters on the floor of the House as she shouts down a Republican representative who was asking members to consider the positive benefits of MAGA. 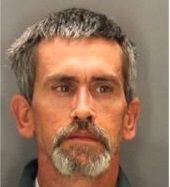 ALBANY, N.Y. — An Upstate New York man has admitted to pretending to be a teenage girl to trick a 13-year-old boy into sending sexually explicit photographs.

James Mattison, 46, of Fort Edward in Washington County pleaded guilty Thursday to sexual exploitation of a child following an October 2016 exchange in which he pretended to be a teen named Megan Mattison. He got the boy to send the photos by threatening to commit suicide if the boy refused, according to the U.S. Attorney’s Office of Northern District of New York.

As part of his plea, Mattison said he exchanged over 7,100 text messages with the boy, whom he met online using the Live.me phone application.

He has been in custody since his arrest in September 2017 and is scheduled to be sentenced on Sept. 10.

Mattison faces at least 15 years and up to 30 years in prison, at least five years and up to lifetime post-imprisonment supervised release and a maximum $250,000 fine, officials said. He also will have to register as a sex offender upon release.

The case was investigated by the FBI, with assistance from the New York State Police and Washington County Probation Department. It is being prosecuted by Assistant U.S. Attorney Joseph Giovannetti.

The case is part of Project Safe Childhood, a nationwide initiative designed to protect children from online exploitation and abuse, led by the U.S. Attorney’s Office.