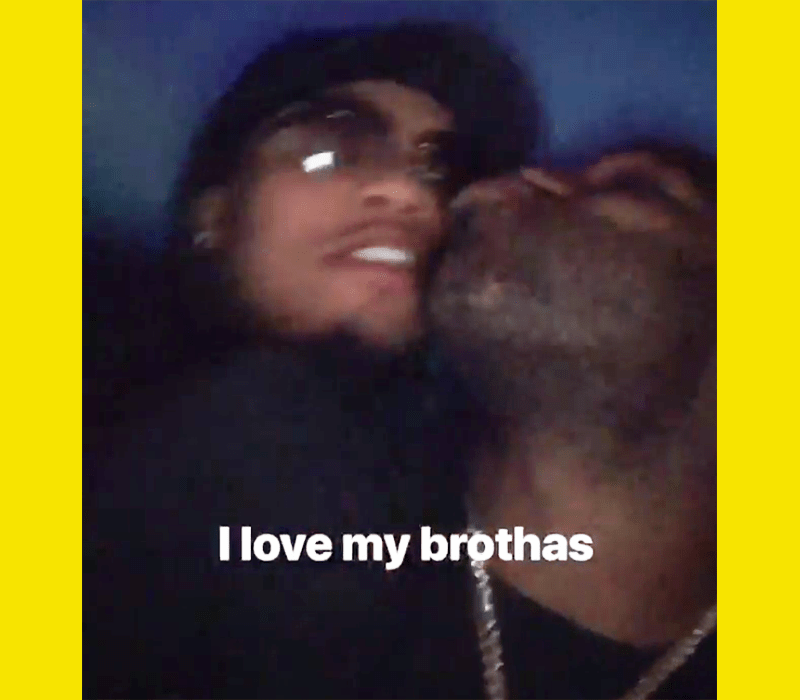 Boxing superstar Adrian Broner and his friend Gervontae ‘Tank’ Davis are two of the biggest names in the sport of boxing. But the two now have people talking – after a video of them in the club as leaked.

The video, which was initially posted by Adrian Broner – appears to show the two men go to KISS EACH OTHER ON THE MOUTH. Because of the  quality of the video, it’s not clear whether the two boxers LIPS TOUCHED.

Here is the video:

Almost immediately, fans of Adrien Broner began asking what was up with the video. Adrian told fans that he and Tank were just “playing around.”

TMZ also reports that the two men broke up a fight the same night. They said that:

It all went down outside V Live Dallas — one of the top strip clubs in the country — where stars like Davis and Adrien Bronerwere partying earlier that evening. But,as Davis was leaving the club, two guys decided to throw down in the parking lot — things got violent, quick.

That’s when Davis — the reigning WBA super featherweight champ — RACED over to the melee and pushed his way in between the brawlers to try and end things asap. One of the guys definitely got hit in the face hard — but Davis essentially put a stop to the fight. V Live’s owner, Damon Cobbs, tells us no one was hurt, and he’s happy his security prevented the incident from escalating.