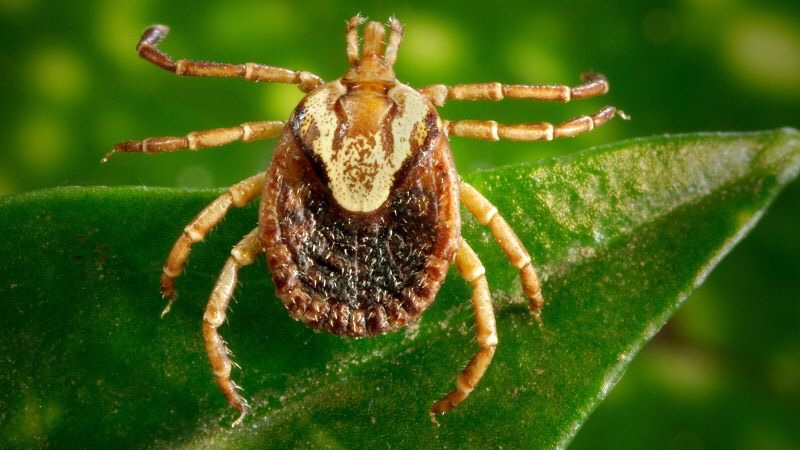 A new report out Tuesday by the Centers for Disease Control and Prevention highlights a scary reality: Diseases spread by six- and eight-legged bugs are becoming more common. And worse than that, health officials across the country seem woefully incapable of dealing with them.

The report’s authors looked at available data on vector-borne diseases collected through the National Notifiable Diseases Surveillance System from 2004 to 2016. In total, there were over 640,000 reported cases of 16 diseases, and diseases caused by mosquitoes, fleas, and tick bites had more than tripled during that time period. Ticks caused 77 percent of these cases, and the incidence of tickborne diseases more than doubled.

“These data indicate persistent, locality-specific risks and a rising threat from emerging vector-borne diseases, which have increasingly encumbered local and state health departments tasked with preventing, detecting, reporting, and controlling them,” the CDC authors wrote.

Lyme disease was by far the most common disease, accounting for 82 percent of all tickborne illness. But nine germs never before seen in the US were also detected. There were newly discovered diseases, such as the tickborne Heartland and Bourbon viruses. There were also previously known diseases that had never been documented in the US, such as cases of relapsing fever caused by the bacteria Borrelia miyamotoi. And there were diseases that had crossed country borders for the first time, such as local cases of the mosquitoborne Zika virus that plagued Puerto Rico in 2016.

The true toll of vector-borne disease is likely far higher than the official tally, the CDC authors noted. It’s estimated that Lyme disease alone infects 300,000 Americans annually, a number tenfold higher than the reported count. And for every reported serious case of West Nile Virus—the most common mosquitoborne disease in the US—that damages the nervous system, there are anywhere from 30 to 70 milder cases that go unnoticed. Based on that math, there might have actually been between 39,300 to 91,700 of these cases in 2016, compared to the 840 that were reported.

The report doesn’t detail any commonly cited reasons for the increase, most notably climate change, something the World Health Organization cites as a key driver of vector-borne disease. In an interview with the New York Times, lead author of the report and director of the vector-borne diseases division at the CDC, Lyle Peterson, repeatedly refused to point the finger at climate change, only going so far as to discuss the likely importance of warmer weather.

Under different circumstances, Peterson’s hesistance to mention climate change could be seen as nothing more than the actions of a typically cautious scientist. But given that the Trump administration and Trump himself have been reluctant to even utter the phrase, the implications are much more worrying. In a completely normal statement, Peterson went on to tell the Times that he was “not under any pressure to say anything or not say anything” about climate change.

Other scientists aren’t as reluctant to blame it, though.

“We know that poverty is a factor as well as shifts in human migration and transportation,” Peter Hotez, dean of the National School of Tropical Medicine at Texas’ Baylor College of Medicine, told Gizmodo via email. “But also of great importance is climate change.”

Warmer seasons, for instance, expand the territory that troublesome tick and insect species can call home, as well as extend the time that humans come into contact with them. And extreme bursts of hot weather can provide the kindling for mosquitoborne outbreaks to spread further.

Hotez recently published a paper examining the rise of vector-borne diseases within Texas, including Zika, the fleaborne typhus, and Chagas disease, spread by a cousin of bed bugs known as the kissing bug. In it, he noted that by 2050, Texas is expected to spend 80 to 100 days blanketed in sweltering temperatures 95 degrees Fahrenheit and higher, compared to the 40 days a year seen over the previous three decades. That change, coupled with rising sea levels, is likely to contribute to the rise of these diseases.

“So I agree that climate change needs to be put out there as a major driver of vector-borne disease in the US just as it is in Southern Europe (return of malaria to Italy and Greece), schistosomiasis in Corsica, and West Nile Virus across Southern Europe,” said Hotez.

Of immediate concern, too, is the fact that few organizations and health officials have the tools needed to best combat these diseases. A recent national survey, cited by the CDC report, found that 84 percent of vector control organizations are lacking at least one of five essential aspects to their work, such as overall surveillance or ways to monitor growing resistance to pesticides.