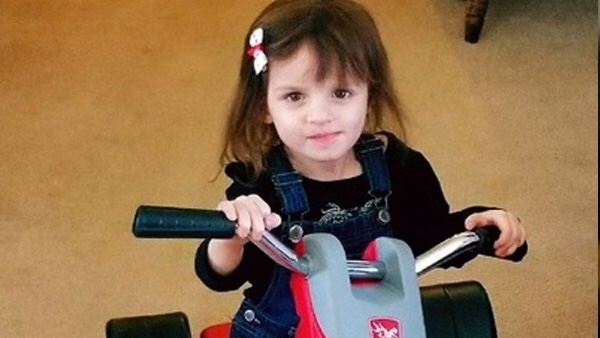 The alleged abuse happened at Partin’s home on Shank Road. Police said Wesche’s father had been bringing her there for months for child care.

Court documents state that Partin’s alleged abuse was sparked by Hannah dumping ketchup in the toilet.

Wesche went to the hospital on March 8 after Partin called 911, and was pronounced brain dead, police said.

Court documents said she had injuries to her face, ear, chest and neck, which investigators say were the result of abuse by Partin.

Partin is facing a murder charge. 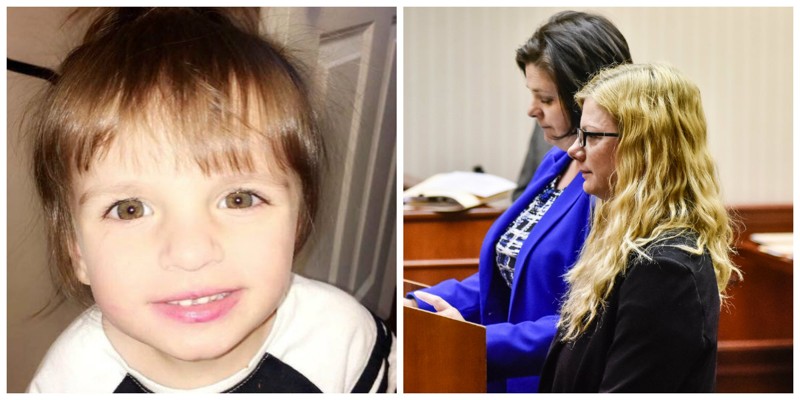 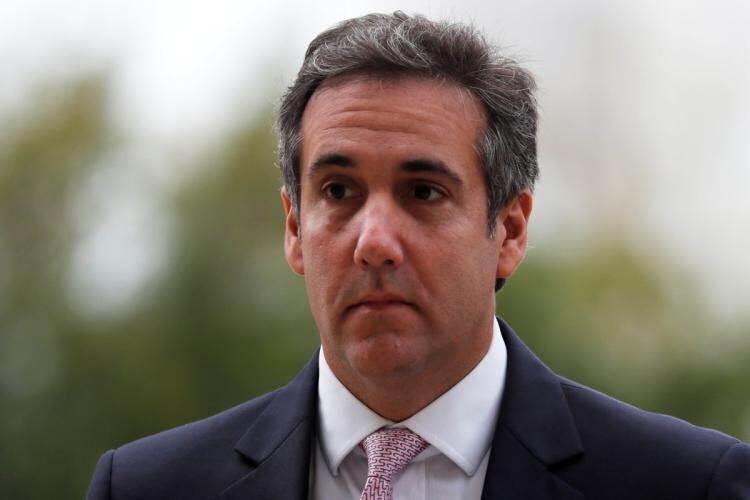 WASHINGTON (AP) — President Donald Trump and his allies have hit a new level of anxiety after the raid on his personal attorney’s office, fearful of deeper exposure for Trump, his inner circle and his adult children — and more than concerned that they don’t know exactly what is in those records and electronic devices seized last week.

There is also some worry that Michael Cohen, the self-described legal fixer who helped make bad stories go away and took a leading role in Trump Organization projects in foreign outposts, may strike a deal with prosecutors out of concern about his own prospects.

“I think it’s a huge minefield for Donald Trump and the Trump Organization,” said trial attorney Joseph Cammarata, who represented Paula Jones in her sexual harassment suit against President Bill Clinton. “I think this is on its own track and this train is coming down the track with brute force.”

Trump left the White House for Florida, for a two-day summit with Japanese Prime Minister Shinzo Abe at the president’s Mar-a-Lago estate. Advisers are hoping the meeting will draw attention from the legal tempest in Washington and New York.

On the trip south, White House spokeswoman Sarah Huckabee Sanders sought to put distance between Trump and Cohen, saying: “I believe they’ve still got some ongoing things, but the president has a large number of attorneys, as you know.”

The federal raid, carried out a week ago in New York City, sought bank records, information on Cohen’s dealing in the taxi industry, Cohen’s communications with the Trump campaign and information on payments he made in 2016 to former Playboy model Karen McDougal and to Daniels, both of whom allege relationships with Trump. The court proceedings Monday dealt with who gets to look at Cohen’s seized documents and devices before they are turned over to prosecutors.

Though Cohen once said he “would take a bullet” for Trump, he is aware of the possible outcome — including potential prison time — and has expressed worry about his family, said a person who has spoken to the lawyer in recent days but is not authorized to discuss private conversations. Cohen has not been charged with anything.

Trump’s moods have grown darker in recent days, as he lashes out at the “overreach” of the raid. Further angering the president is that the raid was triggered in part by a referral from special counsel Robert Mueller, who is looking into Russian interference in the 2016 U.S. presidential election. The raid was authorized by the U.S. Attorney for the Southern District of New York.

On Twitter Sunday, Trump said that all lawyers are now “deflated and concerned” by the FBI raid on Cohen, adding that “Attorney Client privilege is now a thing of the past.” Trump has also taken to downplaying Cohen’s role.

The president also inveighed further against former FBI Director James Comey, who said Monday morning that Trump was morally unfit to be president. That was a few hours after Comey said the same and worse in a highly promoted ABC interview.

Many in the White House view the aftershocks of the Cohen raid as potentially more threatening than Mueller’s Russia probe, fearful of what skeletons may be in the lawyer’s closets, according to five officials and outside allies who all spoke on the condition of anonymity to discuss private conversations.

“I agree with the consensus forming that it’s very dangerous for the president, probably the most serious thing yet,” said Sol Wisenberg, a defense attorney who was a deputy independent counsel during the Starr special counsel investigation into Clinton. “Even if you shut Mueller down some way, how do you shut down the Southern District (federal court)?”

Trump’s anger at the probe has intensified, with him musing publicly about firing Mueller and the man who authorized the probe, Deputy Attorney General Rod Rosenstein. Those around Trump have hoped that this week’s visit to Mar-a-Lago, where he is generally happier, along with the tightly scheduled summit with Abe, would somewhat distract him from Cohen and from Comey’s ongoing publicity tour.

But White House aides have also expressed worry that they can control Trump less at his palatial Florida estate, where he is known to seek out counsel from club members and get revved up by their at-times provocative advice. One recent presidential dinner guest was Hannity, a longtime Trump ally whose connection to Cohen shed more light on the attorney who was more than just a lawyer for Trump.

Cohen has long been a key power center in the Trump Organization and a fixture along the edges of Trump’s nascent political life. In Cohen’s own estimation, he is Trump’s Ray Donovan, the bruising television character who takes whatever steps are needed to fix problems for the tycoon he serves.

He has regularly threatened lawsuits against those who pose a challenge to Trump. He has berated reporters for writing unflattering words about his boss. He has worked with tabloids, including the National Enquirer, to kill unfavorable stories about Trump. He has said he used a home-equity loan to finance a $130,000 payment to Daniels in the final days of the 2016 campaign and did so without Trump’s knowledge.

The president has consistently denied a relationship with Daniels, who claims the two had sex not long after first lady Melania Trump gave birth to the couple’s son Barron. He has also pushed back against other claims from women.

A recent Trump fundraising email praised Mrs. Trump, with the president calling her “my rock and foundation.”

ROCHESTER HILLS, Mich. (WJBK)– A 14-year-old missed his bus and it nearly cost him his life.

Things took a dangerous turn when Brennan Walker went looking for help at a Rochester Hills home Thursday morning and was confronted by a man with a gun.

Walker was trying to walk the bus route to Rochester High School after he woke up late and missed his bus. His mom had taken his phone away, so he didn’t have that with him to get directions. So he knocked on a stranger’s door for help — and almost paid for it with his life. 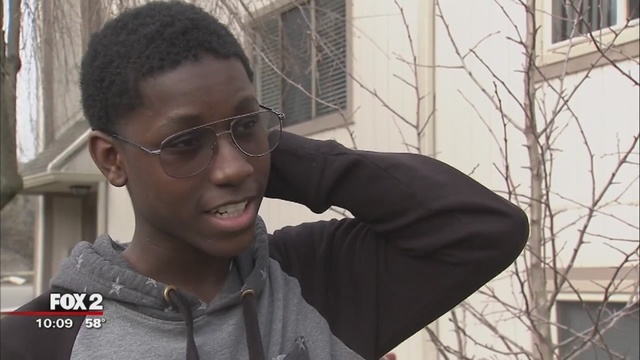 “I got to the house, and I knocked on the lady’s door. Then she started yelling at me and she was like, ‘Why are you trying to break into my house?’ I was trying to explain to her that I was trying to get directions to Rochester High. And she kept yelling at me. Then the guy came downstairs, and he grabbed the gun, I saw it and started to run. And that’s when I heard the gunshot,” he says.

“My mom says that, black boys get shot because sometimes they don’t look their age, and I don’t look my age. I’m 14; but I don’t look 14. I’m kind of happy that, like, I didn’t become a statistic,” he says in retrospect. 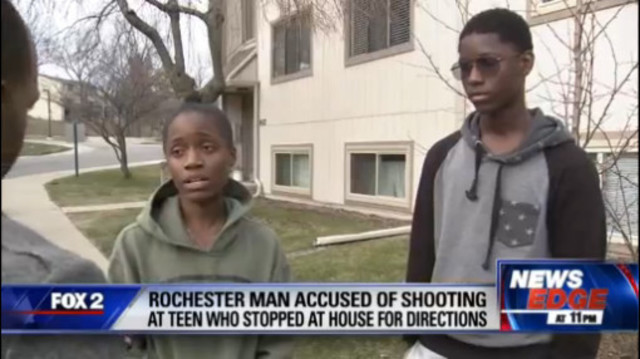 Oakland County Sheriff Deputies arrived soon after to the home on South Christian Hills Drive and took the woman’s husband into custody.

“Exactly, and that’s exactly how I feel. Like, wow. Because you were trying to get to school,” says his mother, Lisa Wright. “I found out later the only reason [the man] missed is because he forgot to take the safety off.”

Lisa was at work when she got the call. She says her husband is deployed in Syria, so she was assuming she was getting a call about him until she realized they were calling about Brennan. She dropped everything and immediately went to the substation to be with her son.

That’s where investigators told her the family’s Ring doorbell recorded the encounter. Investigators watched the video with Brennan and his mom. She says the video confirmed their suspicions.

“One of the things that stands out, that probably angers me the most is, while I was watching the tape, you can hear the wife say, ‘Why did “these people” choose my house?'” she says, before taking a long pause. “Who are, “these people?” And that set me off. I didn’t want to believe it was what it appeared to look like. When I heard her say that, it was like, but it is [what it looks like].”

“We should not have to live in a society where we have to fend for ourselves. If I have a question, I should be able to turn to my village and knock on a door and ask a question. I shouldn’t be fearful of a child, let alone a skin tone,” she adds. “This is a decent neighborhood. If anything — why would I knock on your door to rob you?”

“It is just absurd that this happened,” says Oakland County Sheriff Michael Bouchard. “I feel terrible for the young man; I feel terrible for the mom and the anxiety that they had to go through. We are going to ask for every charge permissible for this guy, who stepped up and fired a shotgun because someone knocked on his door.”

Right now that man is being held at the Oakland County Jail.

The retired Detroit firefighter was arraigned Friday afternoon. Jeffrey Zeigler has been charged with Assault with Intent to Murder; and Felony Firearms. He received a bond of $50,000, with conditions, and is due in court again April 24.

This is a developing story. Stay with FOX 2 for updates.

This situation is an eerie reminder of one that ended tragically in Dearborn Heights, Mich. back in 2013 and got national headlines, when a homeowner shot and killed a young woman in the middle of the night after she knocked on his door.

It’s not completely known why 19-year-old Renisha McBride knocked on Ted Wafer’s door that night, though she had crashed her car a few blocks away. She had been drinking and was disoriented when she went up to his house, but she was not armed.

Wafer testified he grabbed his shotgun opened the door and fired his weapon at McBride because he feared she was an intruder, and that he killed her in self-defense, but the jury did not agree.

He was convicted of second-degree murder and sentenced to at least 17 years in prison. Last year, he tried to get an appeal based on jury instructions but the Michigan Supreme Court denied that appealin March.