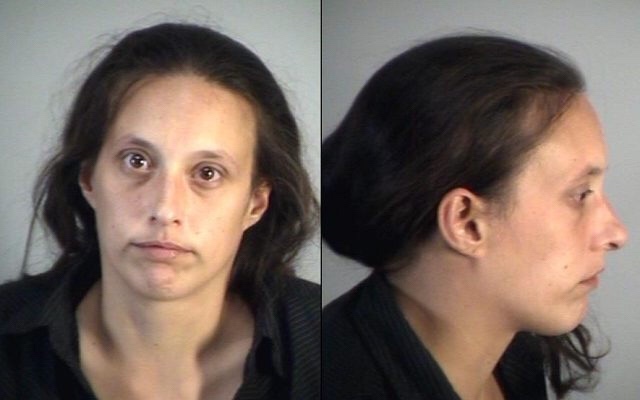 Pauline Elizabeth Martin, 33, was charged with incest after a genetics test on her baby. (Lake County Jail)

A Florida woman was charged with having an incestuous relationship with her brother after she gave birth to a child with serious medical problems.

Investigators said Pauline Elizabeth Martin, 33, was arrested Friday after genetic testing revealed the child she gave birth to on Nov. 21 had parents that were closely related.

The Orlando Sentinel reported Martin, a McDonald’s cashier, told deputies in Groveland she had a “romantic sexual relationship” with her brother for the past five years. She said the last time they had sex was March 21.

“She said she was going to end her relationship with her brother because she knows it is wrong,” deputies wrote in the arrest documents.

According to authorities, they began investigating after Martin’s baby was transferred to Winnie Palmer Hospital for Women & Babies in Orlando within hours of being born because of “severe medical problems.”

Police said neither Martin nor her brother filled out Medicaid paperwork or obtained a birth certificate for the baby.

The paperwork was not completed until Feb. 26, authorities said.

Authorities interviewed Martin at her workplace in Leesburg on Thursday. She was arrested the next day and charged with incest and resisting law enforcement without violence.

She was released from the Lake County Jail on $3,000 bond.

Authorities are searching for her brother, the Sentinel reported.