Questions raised about the tragedy after reports Jennifer and Sarah Hart were reported to Child Protective Services. 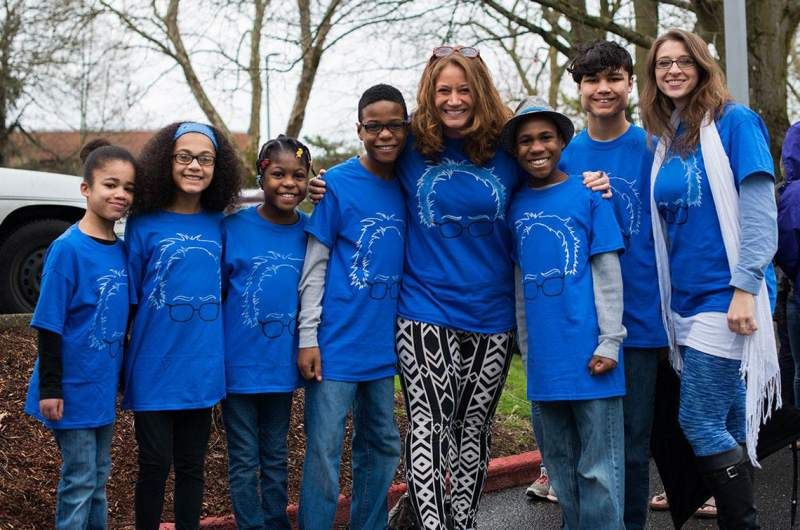 At least five members of a family have been killed after their SUV drove over a cliff on the Pacific Coast Highway in Mendocino County, California.

Jennifer Jean Hart and Sarah Margaret Hart, both 38, were killed, as were three of their six adopted children: Markis, 19, Abigail, 14, and Jeremiah, also 14. Three children remain unaccounted for, but are also presumed to have been killed in the crash: Hannah, 16, Devonte, 15, and Sierra, 12.

Police are still trying to determine the exact nature of the accident, including why the Harts were in California, hundreds of miles from their family home in Woodland, Washington.

“We know that an entire family vanished and perished during this tragedy,” Mendocino County Sheriff Tom Allman said in a statement. “There were no skid marks. There were no brake marks. There was no indication of why this vehicle traversed approximately over 75 feet off a dirt pullout and went into the Pacific Ocean.”

However, the investigation into the crash has resulted in more questions than answers, particularly after reports that the Harts had recently been referred to Child Protective Services.

Portland’s KGW8 news confirmed that the Harts’ children had been identified as “potential victims of abuse or neglect” on March 23. CPS tried to make contact on multiple occasions between the referral and the family’s crash on March 28.

Bruce and Dana DeKalb, neighbors of the family, told KGW8 that they contacted CPS after one of the children told them his mothers were withholding food as punishment. It came after other accusations of abuse, including that the Harts had hit another child.

Dana DeKalb told KGW8 that a CPS official came to the Harts’ door, but was unable to make contact with the family. The following day, the Harts left in their SUV.

“The next morning when we saw that the vehicle was gone, and then Sunday morning when it still wasn’t there, we figured something was off,” said Bruce DeKalb, adding, “We figured that they saw the business card and loaded up the kids as quick as they could and took off.”

Another neighbor, Bill Groener described the Harts’ children as “wonderful,” but told CNN he “thought it was strange that I didn’t see the kids a lot. The weird thing was that the kids kind of seemed repressed and not communicative.” It is understood that the children were being home-schooled.

Sarah Hart also pleaded guilty to domestic assault and malicious punishment of a child in 2011, after admitting that she had struck one of her daughters, leaving visible bruising. Hard claimed she was spanking the child and got carried away.

However, friends of the couple painted a picture of a happy, loving family.

“They were really radiant, warm, adventurous inspiring people. They were always on some grand adventure, and the kids were living this life that was kind of like this dream,” Zippy Lomax, a photographer in Portland, told The Associated Press. “The family was this very self-supporting unit that was impossible to miss. When they showed up to an event, they made an impression. They shattered a lot of norms and they did not shy away from controversy or adversity.”

Max Ribner, who has known the family since 2012, told the AP that Jennifer and Sarah Hart were “beautiful examples of opening arms to strangers, helping youth, supporting racial equality. They brought so much joy to the world. They represented a legacy of love.”

The Harts gained infamy in 2014 for a viral photo in which Devonte Hart, then 12, was photographed hugging a white police officer at a Portland rally in support of the protests in Ferguson, Missouri. 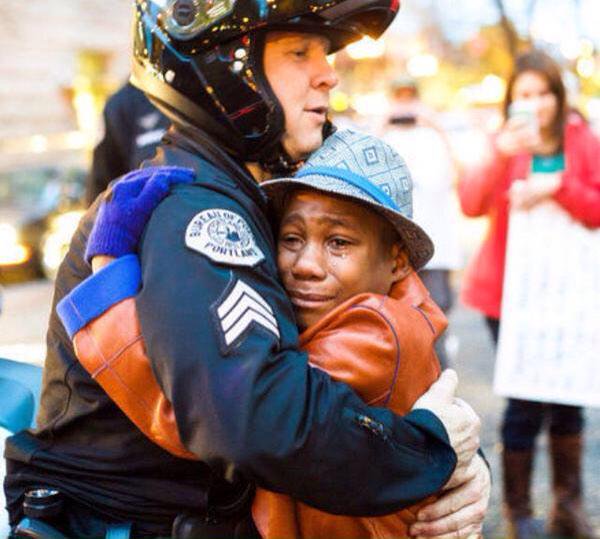 The Harts apparently moved from Oregon to Washington to escape the fame that the photo had generated, which had allegedly led to hate mail being directed towards them and their children, including alt-right accusations that Devonte was a “crisis actor.”