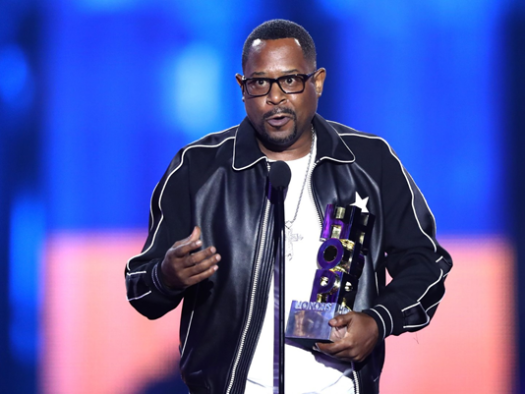 (Originally published by the Daily News on May 8, 1996. This story was written by Michelle Caruso and Jere Hester.)

Comic Martin Lawrence was found wandering in a busy Los Angeles street yesterday — a loaded handgun in his pocket, yelling and “acting like a madman,” authorities and witnesses said.

The “You So Crazy” star was plucked from the intersection by cops, hospitalized and released to his doctor, who said Lawrence had failed to take prescribed medication and had suffered a seizure, according to police.

But a publicist’s statement issued later quoted Lawrence’s doctor, William Young of Cedars-Sinai Medical Center, as saying the star was suffering from “complete exhaustion and dehydration.”

Cedars-Sinai spokesman Ron Wise said last night that Lawrence had been admitted into a regular medical ward there in fair condition. Asked about the police statement that Lawrence had stopped taking some sort of medication, Wise said, “I don’t know anything about that.”

The bawdy 30-year-old star of Fox TV’s “Martin” quipped, “I always told everybody they’d be coming for me some day,” as cops were about to grab him, sources said.

Police did not say whether the handgun was licensed, but said authorities were considering filing misdemeanor charges against the Queens reared TV and movie star for carrying a concealed weapon.

Witnesses and cops said Lawrence ran into the bustling intersection of Tyrone Ave. and Ventura Blvd. — the main drag of the Sherman Oaks neighborhood — about 12:30 p.m. and began yelling at passing cars.

“He was yelling, ‘Fight you know, don’t give up, fight the power,’ or something like that,” witness Aaron Berg told Los Angeles’ KCAL-TV. “He was shouting some obscenities or something. The police were forcefully putting their arms around him, like trying to hold him down, because he was fighting so much and yelling. He was like a madman. I was like, ‘That’s Martin Lawrence.’ I couldn’t believe it.”

Police took Lawrence to Sherman Oaks Hospital before he was released to his doctor and admitted to Cedars-Sinai.

The star of the new movie, “A Thin Line Between Love & Hate,” frequently has raised eyebrows for his sexually explicit standup act.

But he’s said his marriage last year to former Miss Virginia-USA Patricia Southall and the birth of their daughter Jasmine, now 3 months old, has “mellowed” him.

Lawrence, born on an Air Force base in Germany and raised in Queens and Maryland, achieved his greatest notoriety in 1994 when he made unscripted jokes about sex and feminine hygiene during a raunchy “Saturday Night Live” monologue.